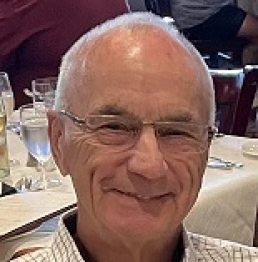 William F. Larkin, 74, former Mayor of the Township of Ocean, of Oakhurst and Kissimmee, Florida, passed away suddenly on July 23, 2021. Bill was born in New Brunswick, NJ, and lived most of his life in Ocean Township. Bill graduated from Asbury Park High School and continued his education at Monmouth College, Caldwell College, and Rutgers University School of Governmental Services.

Bill was predeceased by his parents, William and Gertrude, and his grandson, Sean David. Surviving are his wife, Trudi, and his sons, Ryan Larkin, Esq. and his wife Melisa of Lake Wylie, SC, and Dr. Scott Larkin of Long Branch. He is also survived by his sister, Dorothy Larkin, Ocean Township, and grandchildren, Emma and Daniel Larkin.

As early as 17, Bill evidenced his love of community service when he organized a fund to raise money for the Bodine children, who had lost their parents in a horrific accident. Soon afterwards, at the age of 21, Bill began coaching in the Ocean Township Babe Ruth baseball and Pop Warner football leagues. Many of his former players became long time friends.

In 1987, Bill joined the Township of Ocean Alliance to Prevent Alcohol and Drug Abuse, the Human Services Council, the Recreation Committee, and the Planning Board. These community endeavors led Bill to become further involved as President of the OTHS Booster Club, President of Ocean Township Babe Ruth League, founding Director of the Greater Ocean Township Chamber of Commerce, member of the Business Advisory Board for Cerebral Palsy of Monmouth County, and member of the Leadership Cabinet for Prevention First.

This community involvement was just a precursor to Bill’s desire to become involved in local government and serve his community on a higher level. In 1991, Bill won a seat on the Township of Ocean Council. He eventually became Deputy Mayor in 1999 and was appointed Mayor in 2002, a position he held until his retirement in 2015. His total involvement in local government spanned 24 years. Bill was especially proud of the planning and construction of the new Ocean Township Library and the purchase of the Colonial Terrace Golf Course, which today bears his name.

Bill was awarded numerous honors including the Township of Ocean Chamber of Commerce “Man of the Year” in 1999, and the Metropolitan Dade County, Florida Distinguished Person Award for Service to the community when Ocean Township adopted Homestead, Florida, as their sister city after the devastation of Hurricane Andrew in 1992. Additionally, he was inducted into the NJ State Mayors’ Hall of Fame in 2013 and the APHS Distinguished Alumni Hall of Fame in 2014.

Swimming, walking, bike riding, and of course playing golf, were some of his favorite pastimes. In 1983, Bill ran the New York City Marathon, finishing in 3 hours and 35 minutes.

Bill had been employed as a sales representative by Davis Associates of Eatontown.

Bill’s personal and professional accomplishments were exceptional. But the greatest accolades he deserves are as husband, father, Poppy, brother, and friend. His devotion to family and friends was selfless. You could always count on Bill for his steadfastness, quiet humility, and undying loyalty.

Bill’s community, family, and friends in New Jersey and Florida have lost a gem; his sparkle will remain undiminished.

A funeral service will be held at the Fiore Funeral Home, 236 Monmouth Road, Oakhurst, NJ, on Tuesday, July 27th, from 4 PM until 6:30 PM, with a memorial service at 6:30 PM. A celebration of Bill’s life will be held at a later date (TBA).

In lieu of flowers, donations can be made to the American Heart Association, Atrium Health Levine Children’s Hospital in Charlotte, NC, or a charity of your choice in Bill’s memory.

To send flowers to the family or plant a tree in memory of William F Larkin, please visit our Heartfelt Sympathies Store.