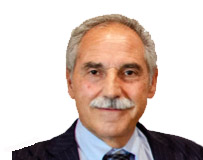 By Patty Booth O’Neill – There are three people, out of nine, up for re-election  for the Long Branch Board of Education.

People around the city have been asking “Is Joe running? If so does he have a ticket? Is he running for mayor or BOE.? If BOE, which member do you think he’ll try to bump off?  Is he running at all?”

So now we know

The last day to have your name added to the candidate’s list was July 26. In the meantime, Lauren McCaskill has chosen not to run again and Ferraina has added his name along with one other woman for the November 2 election.