Bob Moses, civil rights activist, and educator passed away at the age of 86 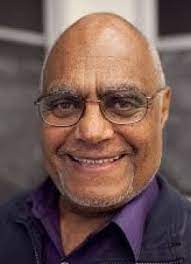 An icon of the sixties civil rights movement, mover and shaker, his voice and involvement in the voting rights movement changed how Americans in the south, who happened to be Negroes, illiterate in some cases and poverty stricken, opened access for them to vote.

The disenfranchised right to vote was his moral compass.

Moses’ activism was deliberate and focused. He became a NAACP Field Secretary in Mississippi for the Studen Nonviolent Coordinating Committee or SNCC. In his position as Field Secretary he was remembered for his work in the registration of thousands of voters through grassroots organizations.

“Bob Moses was one of the most profound strategist leaders of the civil rights movement across the country,”Derrick Johnson, president NAACP

Robert Moses put his teaching career and life on the line for voting rights and education of the disenfranchised in the north and south.

In the south he had the audacity to educate those living in the Mississippi Delta about their voting rights.

He was integral to the 1964 Freedom Summer Rides. In protest to bring awareness to restrictive interstate travel that supported Jim Crow segregation laws and voting rights.

James Earl Chaney, Daniel Goodman, and Michael Henry Schwerner were Summer Freedom Riders. Segregationists murder them and their remains were later found in Mississippi in August, 1964

Moses elected to organize at the grassroots with the oppressed local residents. He was clear about the connections to democracy, economics, education, social justice, and morality as key elements to his grassroots strategies to obtain voting rights, public education and employment to improve the quality of life in the Delta.

The Algebra Project, Inc., was the original project of Moses. For you see he was credentialedsecondary school math teacher. Its’ misson is to provide quality math literacy to underserved youth.

Moses graduated from Hamilton College and Harvard University where he earned a Masters in Philosophy.

Ms. Martin is an educator, freelancer journalist, and 2008 Monmouth University Dr. King Unsung Hero recipient. I can be reached by email; ourstateofmindgap@gmail.com