Oceanport Board of Education Public Notice 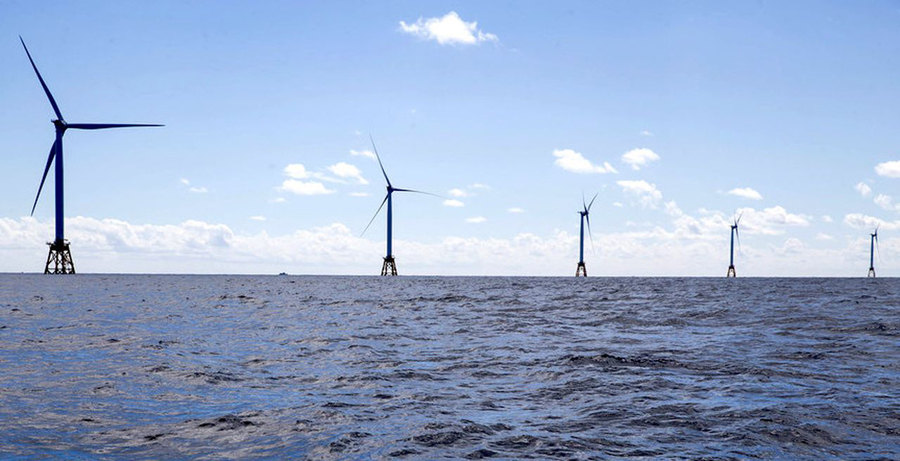 COA called on the Administration for an additional 60 days for review and comment in a 10-point letter to Michelle Morin, Chief of the Environmental Branch for Renewable Energy at the Bureau of Ocean Energy Management (BOEM) – the federal agency leading the review process. The letter also referenced over 1,330 citizens (at the time of the letter), who in less than one week’s time, signed a petition organized by Clean Ocean Action calling for more time, and many of whom added their own powerful statements of concern.

“This time frame for review is outrageous considering the unprecedented industrialization of both the ocean and New Jersey coastline.  In fact, the fast-tracking of due process as well as the speed, scope and scale of the industrial expansion in the region is reckless and suggests an unfair Administration bias toward the offshore wind industry, instead of to the natural resources and ecological assets the ocean holds and which the government is entrusted to protect. Show us where such a massive industrialization of an ecosystem has been allowed, and how it resulted in a positive outcome for people and the planet,” said Cindy Zipf, Executive Director of Clean Ocean Action.

“If offshore wind is so wonderful as supporters suggest, it should stand up to careful review and scrutiny,” she added.

In a letter submitted to BOEM today, COA outlined ten reasons for the extension request, including the size of the technical document and the precedent-setting nature of the proposal. Clean Ocean Action is also urging organizations and residents to submit their own letters to BOEM requesting a 60-day extension to the public comment period.

“BOEM is not limited to this 45-day time period, which is wildly unrealistic, unjust, and poses undue challenges for all parties interested in providing thorough feedback on this unprecedented document and project, “said Zachary Klein, Esq., Policy Attorney for Clean Ocean Action. “In the name of transparency and good and fair due process, COA strongly urges BOEM to extend the comment period an additional 60 days.”

“It is essential that offshore wind energy, if done, is done right, and done right from the very beginning,” said Kari Martin, Advocacy Campaign Manager for Clean Ocean Action. “While green energy, the potential risks to the ocean and marine resources are great and grave, especially considering the cumulative impacts from 24 other offshore wind projects and sold lease areas in the region. Too many questions must be considered and answered. We encourage people to sign the petition to demand more time, attend the public hearings, and submit comments on this new, large-scale industrial use of the ocean in the region.”

A petition, launched by COA both digitally and on-paper, is collecting signatures of residents who support a 60-day extension of the existing public comment period. In one week, the petition collected over 1,330 signatures (to date). The petition will continue to gather supporters.

Clean Ocean Action is also calling upon residents, groups, businesses, and local, state, and federal officials to attend the three virtual public hearings to be hosted by BOEM on July 14, 20, and 16. Pre-registration is required; to register, go to this BOEM website. Also, people are urged to provide oral comments during the public hearings (5 minutes maximum) and submit detailed comments to BOEM by 11:59pm on August 8, 2022.

For over 37 years, COA has defended and protected the ocean from pollution and harmful industrialization to ensure a healthy ecosystem and clean ocean economy. Clean Ocean Action (“COA”) is a regional, broad-based coalition of conservation, environmental, fishing, boating, diving, student, surfing, women’s, business, civic, and community groups with a mission to improve the water quality of the marine waters off the New Jersey/New York coast.