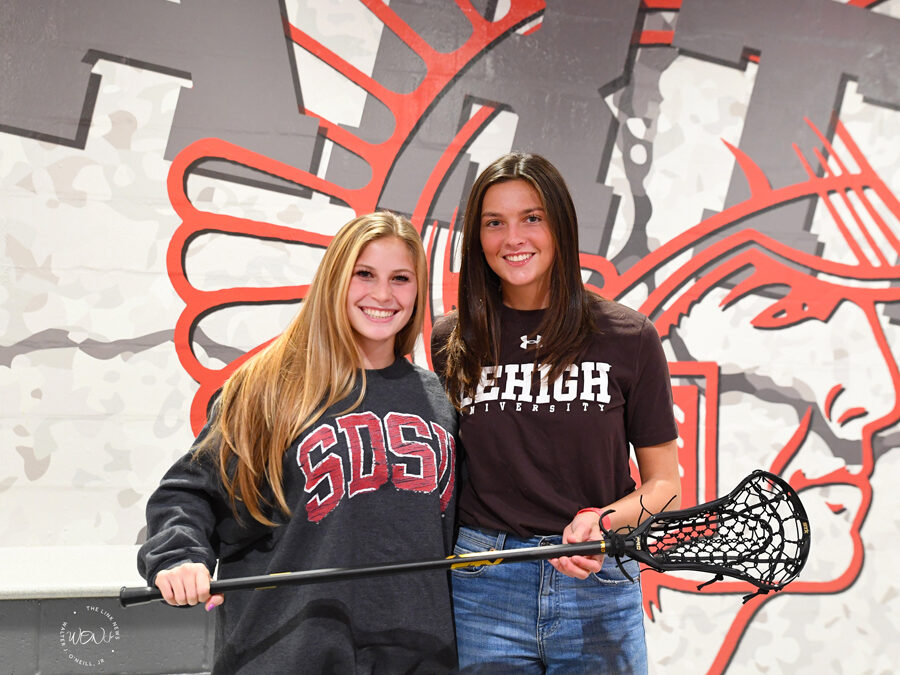 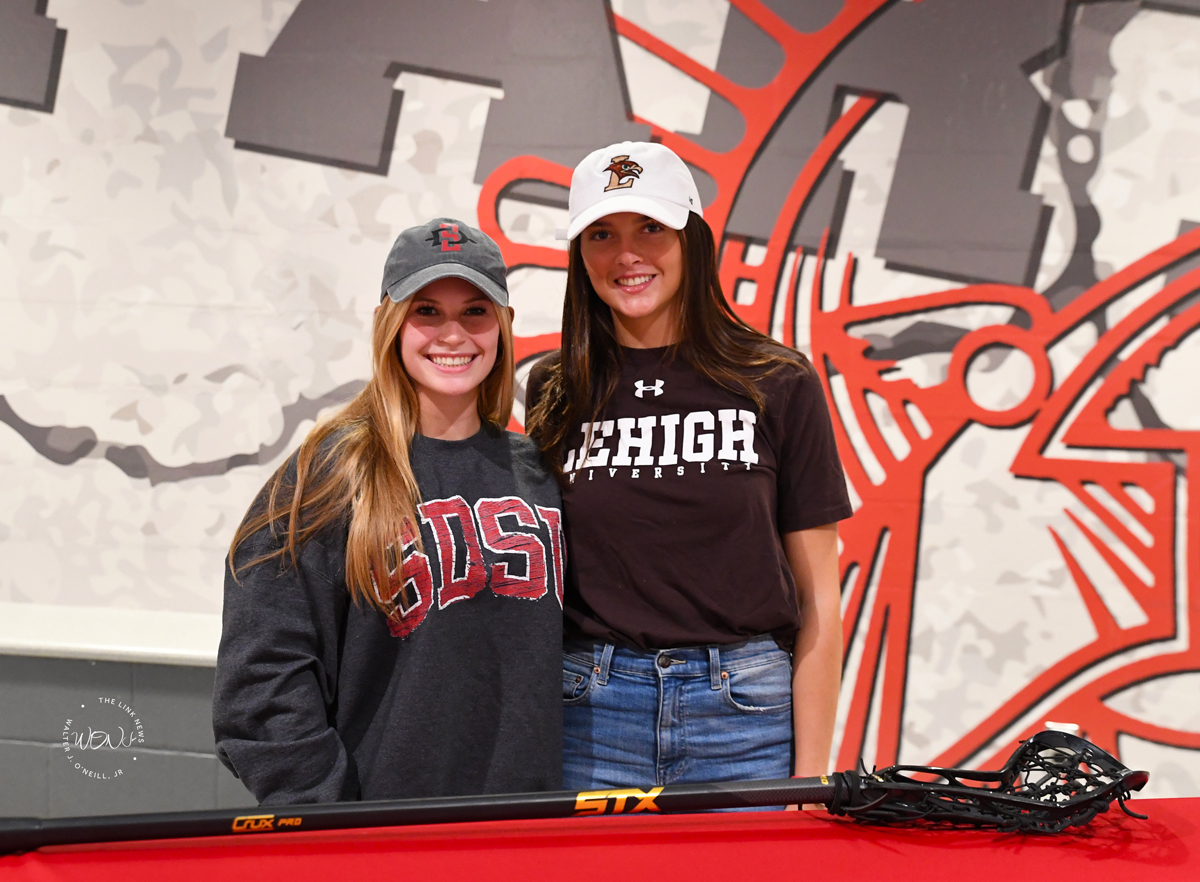 Dodge is a term used in lacrosse to describe when a player uses various moves to get past an opponent in order to pass or score. Elite high school players have the talent to dodge their way into the NCAA Division 1 programs, and that’s exactly what Grace Martel and Jordan Dobin, seniors at Ocean Township High School, have accomplished.

November 9, seniors all over nation signed their letter of intent to continue their athletic careers at college or universities. Division 1 is the highest level of intercollegiate athletics sanctioned by the National Collegiate Athletic Association (NCAA). Known as D-1, these schools have large budgets, more elaborate facilities and offer more scholarships than the D-2 and D-3 schools.
“Coaching Grace and Jordan has been an absolute pleasure of mine,” said Makenzie Stafford-Smith, head coach of the Spartans girls lacrosse program. “Watching them both play the game of lacrosse is something special.”

Dobin, who plays defense, wears number 8 for the Spartans. “That was my dad’s favorite number and he is my biggest supporter,” said Dobin. Bradley Dobin, her dad, played baseball at Marlboro High School and her mom Jennifer, played soccer and boys lacrosse in Florida where she grew up.
Many athletes have a routine or are superstitious about their sport. “The only thing I am superstitious about is my hair. I always have to have it in a bun when I play,” Dobin said.
When asked about her favorite memory as a Spartan, Dobin said it had to be playing lacrosse with Grace Martel for the past eight years. “We both started our lacrosse journey together and now we advance to different places,” Dobin said. Her least favorite memory occurred during her junior year. “I got carded out of the game and could not play for the whole second half and couldn’t help my team.”
When asked what she thinks her greatest skill is as a lacrosse player is, she confidently said her hustle, grit and that she puts 100% effort into everything. During her career as a Spartan, she has become physically stronger and she has grown in her strategy skills
Next year she will be play defense for the Aztecs of San Diego State University. “I picked SDSU because they are my people, it is exactly where I need to be,” said Dobin. In five years, she hopes to be on TV, as she wants to work in communications.

“Jordan is a very strong defender who gives it her all every single day. She is the type of player who leaves it all on the field,” said Stafford-Smith. “Her work ethic and leadership will allow her to have nothing but success at San Diego State. I can’t wait to see what the future has in store for her.”
Grace Martel wears number 17 for the Spartans of Ocean. “I was hoping to wear either number 11, 7, or 9, but as an underclassman I didn’t get first pick. I was randomly assigned 17 and have been wearing that since I was a sophomore. It has quickly become one of my favorite numbers,” said Martel.
Martel is very superstitious on game day. “I wear the same hair ties, sports bra, listen to the same songs, eat the same foods in preparation for the game,” Martel said. She added with a smile that she is always doing laundry when she has back-to-back games.
“My best memory as a Spartan is when I scored my 100th career goal last season. I had my family in the stands along with my club coaches. When I scored it, my sister used a blow horn and my team came running onto the field and gave me hugs to celebrate. It was truly one of my favorite moments of high school,” said Martel. Her least favorite memory was also last season. “We lost to Wall. It was such a close game that we could have won, but we let it get away from us and lost 9-6.”
A born team plays is one of the best descriptions of Martel. She feels that her natural athletic ability is a big factor in her game. She can adapt to many different situations and has an incredible ability to read the field. During her years as a Spartan, she has honed her skills as a midfielder. “I have gained such great practice perfecting my draw controls,” said Martel. She added that Ocean’s schedule gave her the opportunity to face amazing players from other schools who are now playing at the collegiate level. “Competing against great competitors can only make you grow as a player and person.”
Next year, Martel will be a Mountain Hawk playing for Lehigh University. “I chose Lehigh for the outstanding academic reputation, great athletics, beautiful campus, and proximity to home. I want my parents, and family to be able to watch me play my last four years of the sport that has given me so much,” said Martel. She also said that Lehigh has a tremendous network for post graduates which will hopefully help her in the long run for a career path.
In five years, Martel hopes to have a degree from Lehigh being employed in the financial world with a good, stable job.
“Grace is an extremely talented lacrosse player all over the field. Her desire to win and be successful is matched by her work ethic,” said Stafford-Smith. The coach added that Martel is admired by her peers and teammates for her ability to be a leader on and off the field. “I know she will do amazing things while playing lacrosse at Lehigh. They are very lucky to have her and I cannot wait to see all the success that comes her way.”
Share