Oliver Byron Fire House to be preserved for Generations to Come 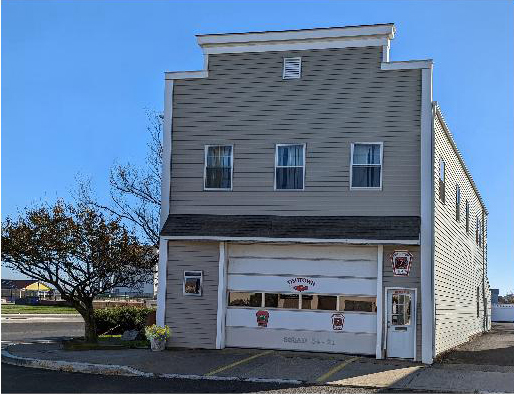 LONG BRANCH – The City of Long Branch introduced an Ordinance this evening to purchase the Oliver Byron Fire House with the vision of creating the Long Branch Fire and History Museum. The historic 1891 building and property are located at 46 Atlantic Avenue at the corner of Ocean Avenue.

“As the city with the oldest fire department in Monmouth County, we are thrilled to create this new museum. It is dedicated to the bravery and service of all the firefighters who have devoted their lives to the protection and safety of our City’s residents for over 150 years,” said Mayor John Pallone.

“It was important to us to preserve this building with all of the rich history it holds with our Fire Department. We did not want to see it torn down or lose a piece of our important history. Our hope is that this museum will be here forever for many people to enjoy and learn from,” Mayor Pallone concluded

Long Branch’s Oliver Byron Hose Company No. 3 was originally formed in 1890. It was the third fire station to be established in the city.

A notable image of a fish with the name “Fishtown” is visible on the Oliver Byron Station House door. It refers to the early years of North Long Branch, when the area was known as Fishtown.

The Oliver Byron Station House is named after the famous Broadway stage actor, Oliver D. Byron, who lived in Long Branch and owned several properties in the city and made a sizeable donation to the newly formed hose company.

The members of the Oliver Byron Engine Company have consolidated with the Neptune Hose Company. When the company members made the decision to sell their property, they were approached by an interested private party, but the members sought out the City of Long Branch with the hope that their important legacy could be preserved.

“Our fire company is ecstatic that the City is purchasing our facility and transforming it into a Fire and History Museum. We look forward to working together to make this a success, and we will assist in seeing that our history will be preserved and displayed for many to experience,” summarized Oliver Byron Engine Company’s Secretary and Trustee Ronald Guidetti.

The City plans to open at least part of the museum in 2023 with a grand opening filled with rich history and memories of historic Long Branch. There are historic, interesting artifacts from all nine fire companies that can be displayed in the new museum. This includes a historic horse-drawn chemical steamer. More details to follow.