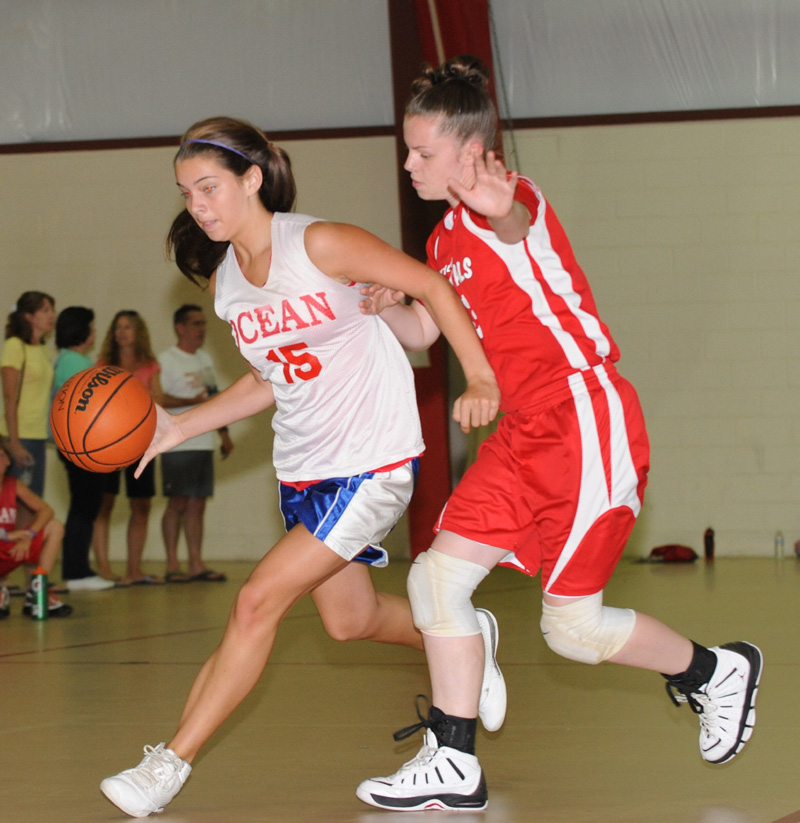 By Walter J. O’Neill, Jr.
Ocean Township – Saturday morning Mya Terry, an eight year old girl from Ocean Township, was resting in her hospital room at Monmouth Medical Center, while hundreds of people gathered to play basketball in her honor.

At her young age Mya has battled cancer three times, and is currently fighting hard to improve her health for a second stem cell transplant. October of 2007 while attending kindergarten at the Child Development Center at Fort Monmouth, one of her teachers noticed that Mya’s neck appeared very swollen. Within a few hours, she was admitted to the hospital.
After a battery of test, Mya was diagnosed with Non-Hodgkins Lymphoma, T-Cell Stage III. Two years of chemotherapy and radiation, this was followed by a national protocol treatment plan.
Mya and her parents were informed in August of 2009 that she now had Secondary Acute Myeloid Leukemia (AML). This is a very rare form of cancer, which they say was caused by the treatment received for Non-Hodgkins Lymphoma. Mya did not fall under traditional protocols for treatment, so a customized plan was put together.
Once Mya had achieved remission; she was transferred from The Valeire Center at Monmouth Medical Center to the Children’s Hospital of Philadelphia where she received a Stem Cell Transplant in November 2009. Mya’s parents stated that the transplant was necessary in order to give Mya hope. The stem cell donor had remained anonymous for one year until he agreed to exchange names with the family. “His name is Bill Galvin, and he is forever Mya’s angel,” said Kelly Terry, Mya’s mom.
Alexis DeFillippo, a senior at Ocean Township High School, was so touched by Mya’s story that she knew she had to do something to help her. “Mya has not been smiling much lately as she is in ICU at Monmouth Medical Center trying to get her heart healthy enough for another stem cell transplant,” said DeFillippo. “I just wanted to do something to help her and her family with all the expenses associated with her condition.”
DeFillippo organized a 3 on 3 basketball event at the Ocean Township Municipal Gym. In a short amount of time DeFillippo had 30 teams entered in the event at $45 each. “We did not give out trophies; there was no first or last place team. This was a fun event in Mya’s honor,” said DeFillippo. “Hopefully we will have risen over $1,000 today with the auction and raffles.”
“Thank You to the DeFillippos/Roths/Vottas and everyone who was working behind the scenes for an amazing 3 on 3 basketball tournament in Mya’s honor this past Saturday.  We were overwhelmed by the HUGE turnout of players, fans, refs, scorekeepers,” wrote Mya’s mom on her personal webpage. “To end the night, shouts to Matt Applegate who flew a Happy Birthday Banner over Mya’s hospital room and her home — it was great, Mya was thrilled….he even offered her a private flight when she was feeling up to it!.”
Mya has not eaten anything in two months, but Saturday she had a few bites of “Grandma Roth’s” meatballs. Her family takes that as a good sign, as Mya routinely runs high fevers. She is on heavy medication and everyone is hopeful that she improves enough to make the trip to Tennessee for the transplant.