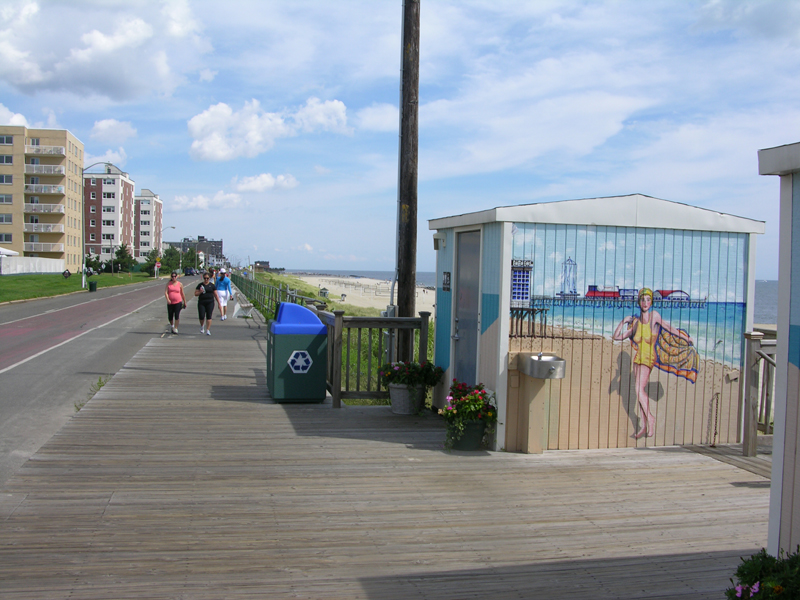 By Neil Schulman
Long Branch — A group dedicated to improving the boardwalk and Ocean Avenue expects to see some changes coming there soon. 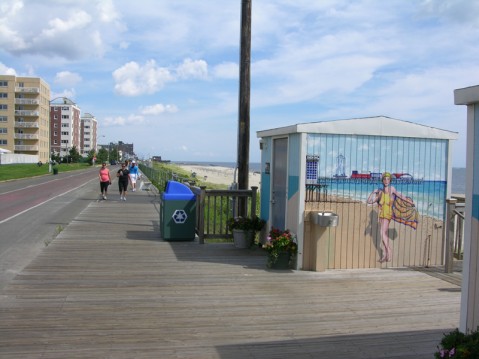 The Save Ocean Avenue Committee not only meets with city officials regularly, but has also met with Monmouth County officials, trying to improve safety conditions on Ocean Boulevard.
Dennis Sherman, head of Save Ocean Avenue, said that his group, which has been working for four years, recently had a few important meetings.
“We talked to the mayor (Adam Schneider), and the mayor brought his department heads in,” Sherman said. They were able to discuss their ideas with the public works department, public safety, the city administrators and others.
Last year, the city received a grant to pave Ocean Avenue from South Bath to Brighton Avenues. Sherman said grants will also pay for new railings along the boardwalk, to replace the old ones and make other stretches look more like the part near Pier Village.
The parts of Ocean Avenue closed to traffic are known as a linear park. They give bicyclists, joggers, dog walkers, and others who should stay off the boardwalk access to one of the most beautiful views in New Jersey, one of the few beaches with bluffs, Sherman said.
“Long Branch is the only city that has two linear parks, both north and south, where kids can play and not be afraid of cars,” he said.
A few years ago, the City Council renamed the boardwalk and adjacent roadway the Seven Presidents Ocean Walk, to commemorate the fact seven presidents vacationed at the Long Branch shore.
The committee wants to expand on that, putting up signs with historic facts, and an archway at the start of the walking path welcoming visitors. Sherman said that there are beaches in Maryland with similar arches.
They’re also interested in painting all the rest facilities on the boardwalk. Currently, Cottage Place has murals depicting old-time beach scenes. Sherman said that they are looking for grants to get similar murals elsewhere.
While the committee would like to see more done in the future, they say that the Public Works department has already made some improvements. For example, the new garbage and recycling containers are sturdier and harder to knock down and create litter.
Of course, improving the boardwalk doesn’t help if it’s hard to get there.
Ocean Boulevard can be hard to cross, especially the stretch in West End between Bath and Brighton Avenues, where there are no traffic lights and cars have poor visibility of the roads.
Long Branch doesn’t own the road; it’s a Monmouth County street. City officials have tried to get some changes over the years — they got the county to cut off a turn lane at Montgomery Avenue where numerous accidents were happening. But there are still problems.
Sherman and his group also have met with county engineers, lobbying for more traffic lights to be put in to slow traffic down there.
Mayor Adam Schneider said that not everything that the Save Ocean Avenue Committee wanted would be possible.
“We’d like to make them happy. Some of the things we can do. Some of them we can’t,” Schneider said.
One of the reasons for this is money, he said. “Funding is and will remain very serious for every project” in the city.