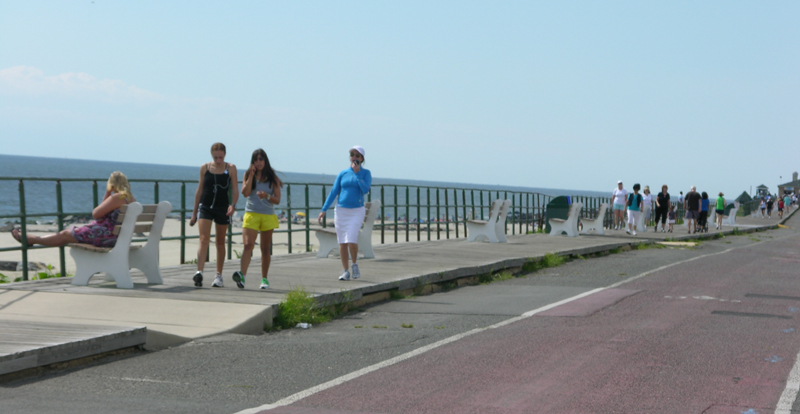 Long Branch — Those who want to spruce up Ocean Avenue can now make contributions to the city for that purpose. 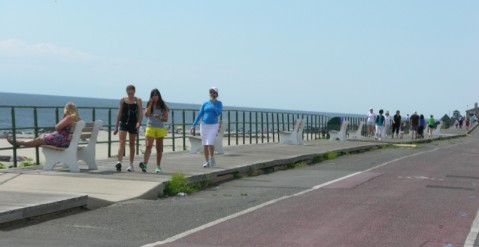 At the Aug. 23 City Council meeting, council passed a resolution creating a trust account to accept donations. According to the resolution, the money may be used for artistic improvements, poles and pennants, shade areas, signage, plants, flowers and flowerpots, improvements for walkers, runners, and “other improvements that could be for the betterment of the general Ocean Avenue area.”
Council President Michael Sirianni said that with this trust fund “it will not fall totally on the taxpayers.”
Because of state laws, monies in the fund can’t be dedicated to a specific cause, and council will ultimately decide how it’s allocated.
Someone who made a donation could be sure the money isn’t going to be used for a stop sign on Broadway, because that has nothing to do with improving Ocean Avenue. However, they couldn’t specify that their check should go to putting a flowerpot by Morris Avenue.
City Attorney James Aaron said that the council has control of how the money is spent, but not what people say when soliciting the funds.
A group — such as the Save Ocean Avenue Committee — could theoretically solicit the money saying that it would be used for putting up new garbage cans, for example, but council would be able to use it for a different purpose.
The reason for this deals with the form of government the city has, defined under the New Jersey Faulkner Act, which determines how funds may be allocated.
“It’s cumbersome because we can’t redo the Faulkner Act,” Aaron said.
City Finance Officer Ron Mehlhorn said that ideally this won’t be a problem. The goal of this fund is to let the groups work together to collect money for Ocean Avenue.
“Right now, it’s all in the spirit of cooperation,” he said