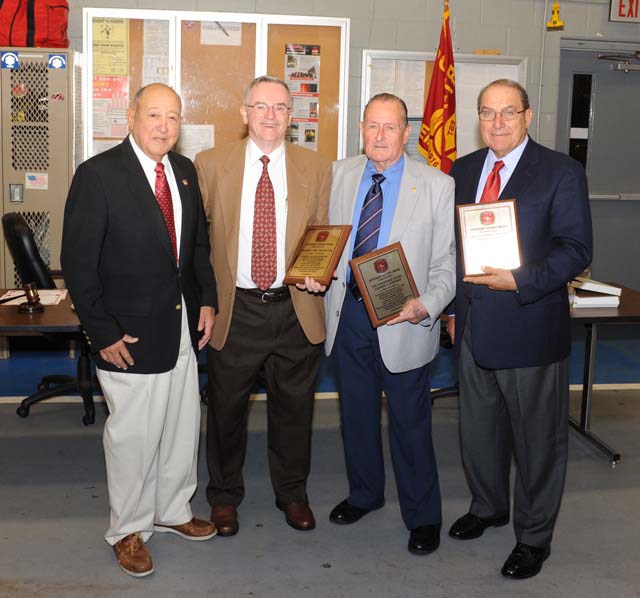 By Walter J. O’Neill, Jr.
Oceanport — Once a year the Port-Au-Peck Chemical Hose Fire Company in Oceanport holds what they call an “Old Timers Night.” They invite past members and special guests back to the firehouse for a dinner and awards.
On Monday night the company presented Honorary Member Awards to several men, who over the decades, have shown their pride and support of the Borough of Oceanport and the fire departments. 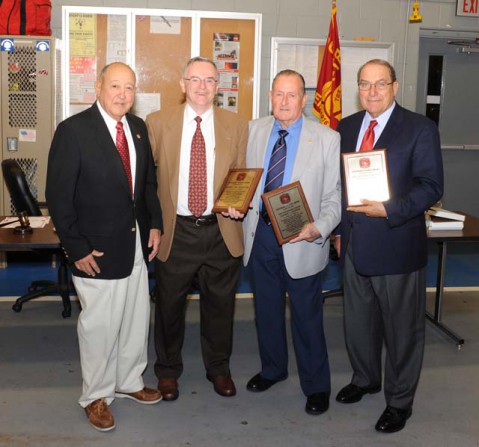 Also in attendance was a mixture of current and hopeful future volunteers.
Of course when you get so many old timers together the room buzzes with stories. One interesting fact is how Oceanport came to have so many residents of Italian decent. According to Senator Gagliano, back in the 1930s an Italian newspaper out of Newark offered a substantial discount on a lot in the Port-Au-Peck section of Oceanport if you took out a subscription.
As one young firefighter noted, the room was filled with history, and it’s nice to see and hear about it. He added that it’s too bad it only occurs once a year.