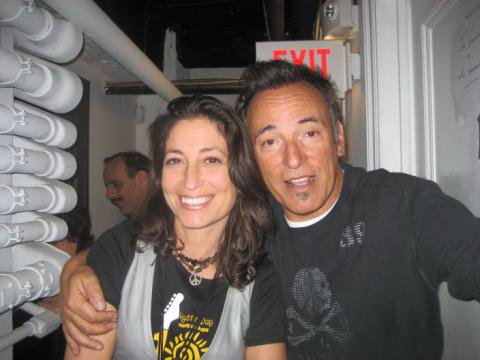 Linda Chorney of Sea Bright pictured with "The Boss" will be one of the performers at the 12th Annual Light of Day cencerts in Asbury Park. 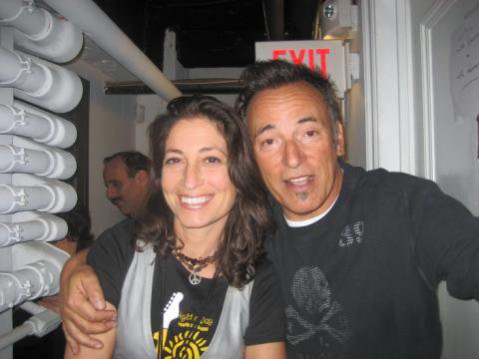 Linda Chorney of Sea Bright pictured with "The Boss" will be one of the performers at the 12th Annual Light of Day cencerts in Asbury Park.

Parkinson’s disease is a disorder of the brain that leads to shaking, tremors, difficulty with walking and other movements. Most often this disease develops after the age of 50 and is the most common nervous system disorder of the elderly.

The Paramount Theatre, Stone Pony, McLoone’s Super Club, Asbury Lanes, Wonder Bar, Watermark, Langosta Lounge, the Saint and the ShowRoom will feature live music and other events over the four days of the concerts.

Organizers have announced over 100 different performers will spotlight the concerts. Just a few of those playing the Light of Day shows are David Broomberg, Joe Grushecky & the Houserockers, Willie Nile, Nick Clemons, Lisa Bianco and Sea Bright local Linda Chorney.

In addition to the talented musicians, the organizers will also have a screening of Bob Benjamin’s documentary “Just Around the Corner.” It will also pay tribute to the “Asbury Angels” who recently passed away including Clarence Clemons, Danny Federici, Kevin Kavanaugh, Donnie Bertleson and John Luraschi.

You can purchase tickets by calling 800-745-3000 or going to www.ticketmaster.com. The Stone Pony is also selling tickets and event packages. For more information on the show check out www.lightofday.org