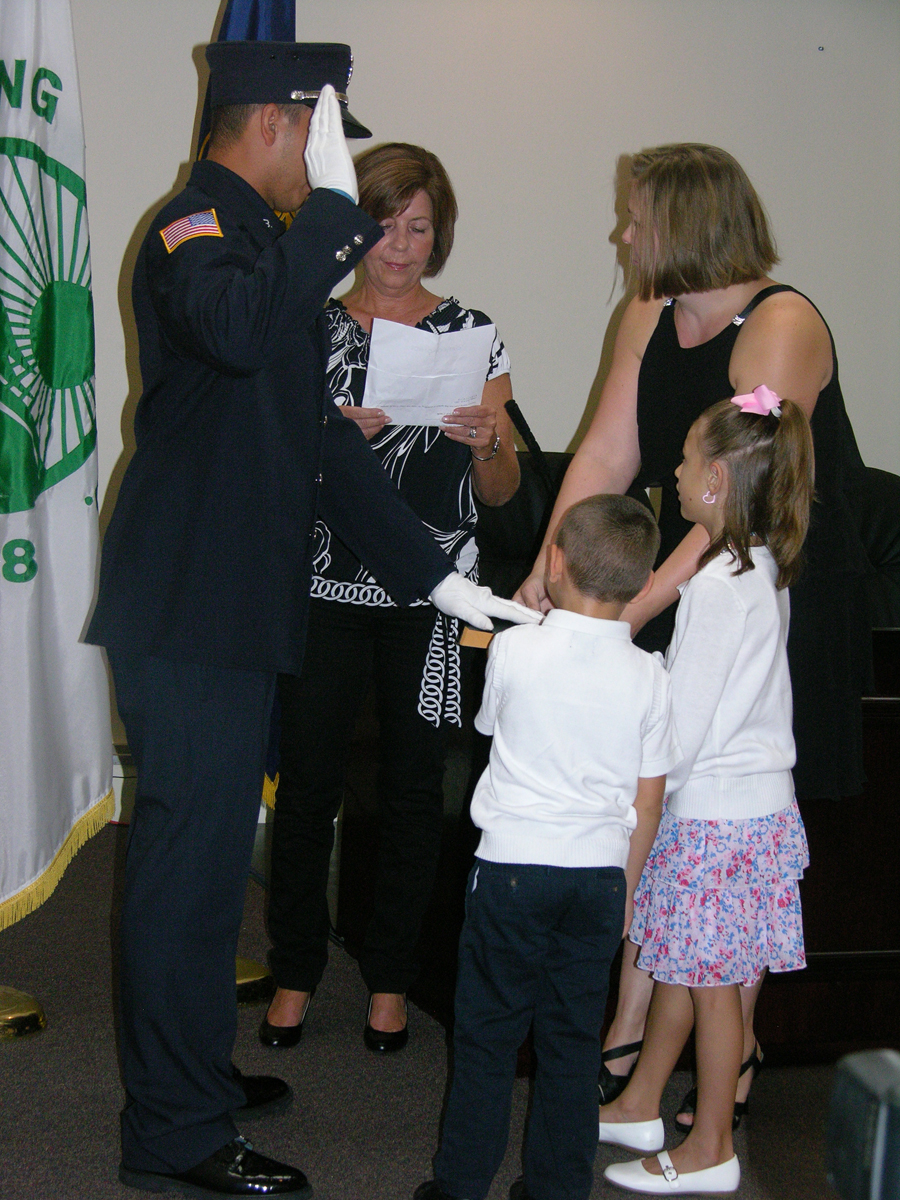 Firefighter Mark Garced’s wife, Shelly Ann, pins the badge of office on him. 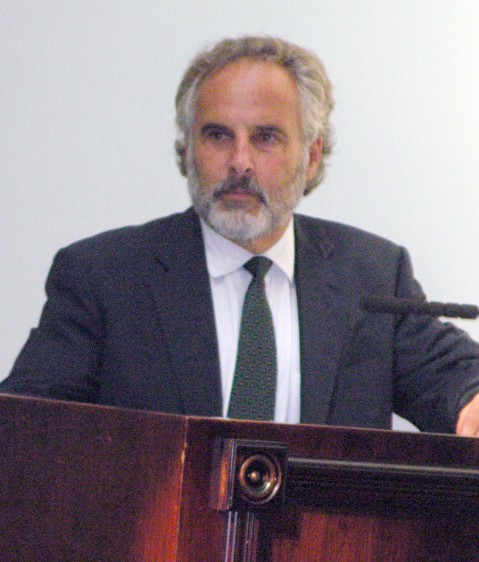 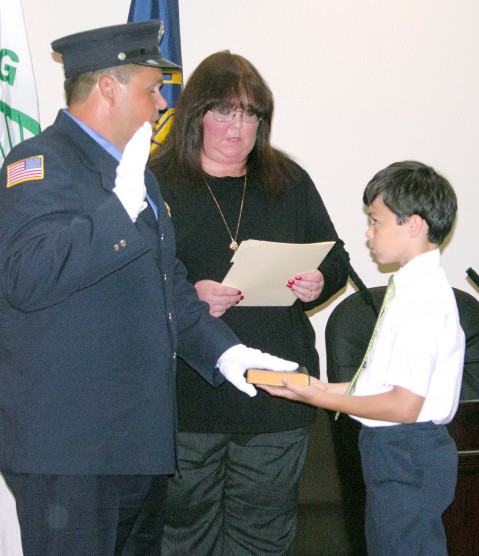 Jason Smuro takes the oath of office as Fire Department Lieutenant as his son Bradley holds the Bible. His other son, Tanner had pinned the badge of office on him. 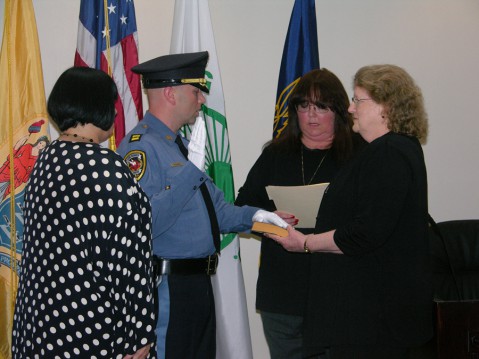 Robert Weiner takes the oath of office as Police Captain.

By Neil Schulman
Long Branch — A police officer and a firefighter were promoted, and two new firefighters were recently sworn into office in a ceremony in City Hall.
Robert Wiener Jr. of the Long Branch Police Department was promoted to the rank of Captain. Jason Smuro of the Long Branch Fire Department was promoted to the rank of Lieutenant, and the fire department’s numbers were bolstered by the addition of Timothy Griffin and Mark Garced.
Public Safety Director Alphonse Muolo and Mayor Adam Schneider said that this ceremony shows the city takes public safety seriously, even in times of economic difficulty.
Muolo said the two new firefighters bring the department up to a much better number to oversee the city, and should “allow the residents of Long Branch a better night’s sleep,” knowing they are well protected.
“We’ve made a commitment over the years that public safety – our city, our community can’t possibly thrive without it,” Schnieder said to the crowd of fellow officers and relatives at the ceremony. “These four gentlemen and the others – all of you – are part of that.”

Capt. Robert Weiner
Captain Weiner has served in many roles since graduating the Monmouth County Police Academy in 1993. In 1996 he spent a year with the Monmouth County Prosector’s Office Narcotics Strike Force as an undercover officer. In 1997, he joined the K-9 Unit, and in 1999, received first place with his K-9 partner, Quando, in a statewide narcotic detection competition.
Weiner was promoted to sergeant in 2000, and worked as patrol supervisor until 2004, when he was assigned to the Support Services Division. In 2005, he was promoted to lieutenant, and assigned as the Supervisor of the Special Services unit, supervising the Community Response Unit, UEZ Unit and others. Since then, he has served as Platoon 3 Commander for the Patrol Division, Assistant to the Patrol Commander, the Traffic Unit Supervisor, and Special Operations Commander.
His commendations include the VFW Police Officer of the Year Award and Thomas McGlennon Jr. Public Safety Award.

Jason Smuro
Jason Smuro was born in Long Branch and graduated from Ranney High School in 1990. He studied Law Enforcement at Cookstown College, Penn.
In 1992, he became a volunteer firefighter for the Long Branch Fire Department, and was hired as a Uniform Firefighter in 1996. He was appointed Acting Lieutenant in February of this year.
He is certified as a Level II instructor, and runs the fire department’s Water Rescue Program.