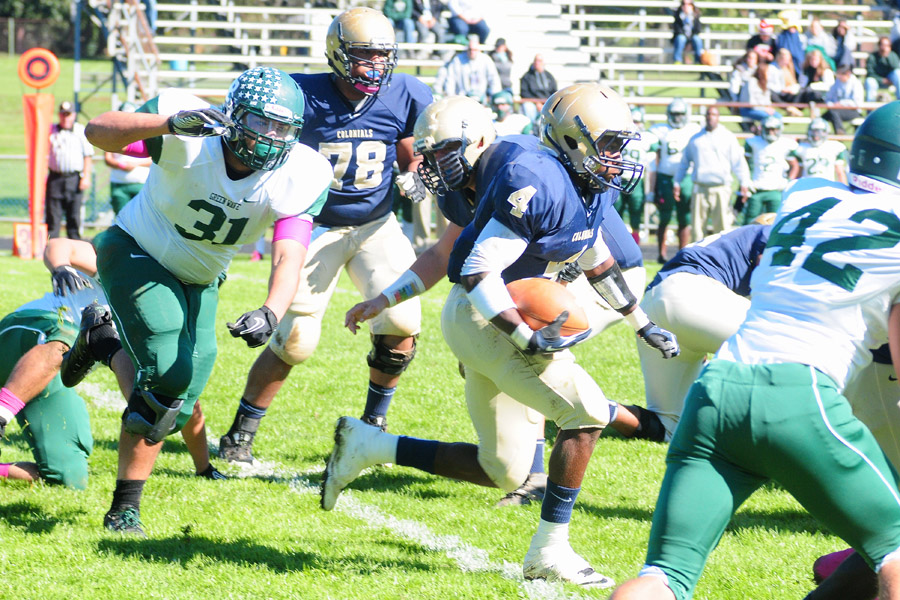 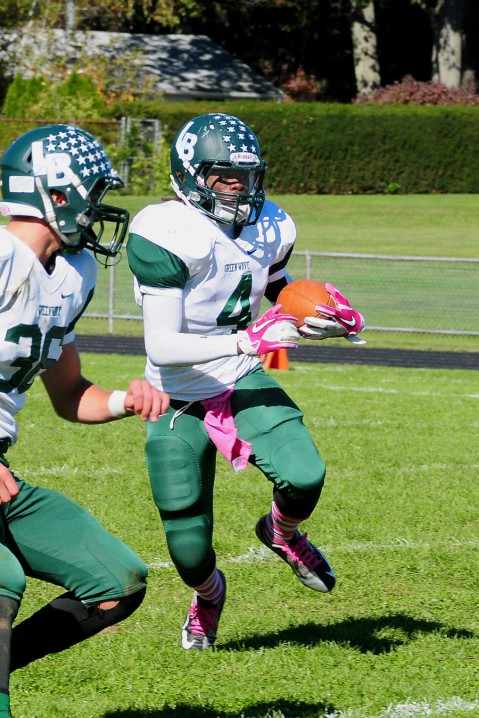 www.piercebrosphoto.smugmug.com: Defensive back Dahmiere Willis returns the ball 31 yards after an interception. 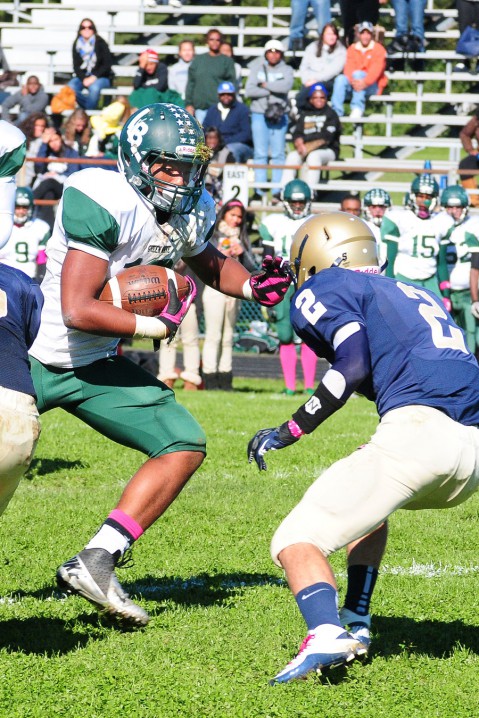 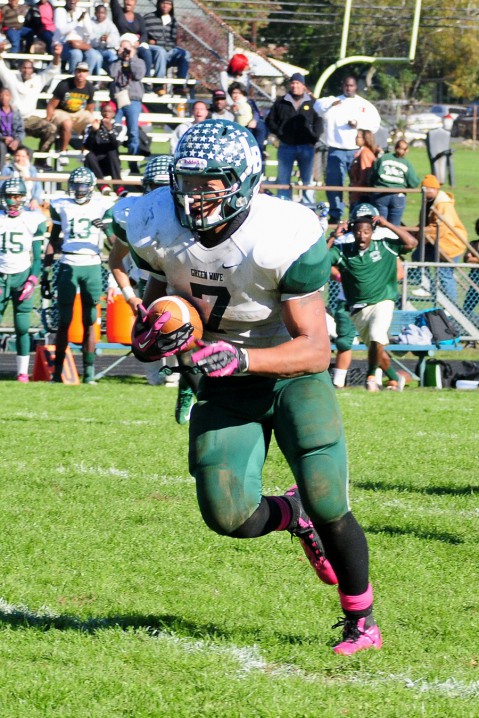 By Skip Pierce
The typically potent Wave offense appeared anemic for an entire first half in their road meeting with the Freehold Boro Colonials.  Long Branch could only muster a field goal in the first two quarters.  In fact, that field goal was basically a gift by host Freehold when they fumbled deep in their territory.
The Brancher defense didn’t fare much better, allowing Colonial running back Josh Dixon to outrun the entire unit untouched twice in the second quarter with the same exact play.
Linebacker Chris Pappayliou pounced on a Freehold fumble at the Colonial 23-yard line to set up the first Wave score.  Long Branch could only advance 14 yards to the 9-yard line and was forced to go for 3 points.
Vicente “le boot” Mota then drilled a 27-yard field goal to keep the Branchers in the game at the half by a 14 – 3 tally.  Mota is just a sophomore and is continually improving. The field goal has not been a weapon in the Wave arsenal in previous years; Mota’s toe is a welcome addition.
During the half break Coach Dan George either allowed the team to take a much needed nap or shared some inspirational rhetoric. I think we all know which course the veteran head coach opted for.
The second half was a complete turnaround as the Wave exploded for 27 unanswered points.  Long Branch took the opening kickoff and consumed 5:30 with an 80-yard touchdown march exclusively on the ground.
The key play of the drive was a 32-yard breakaway run by 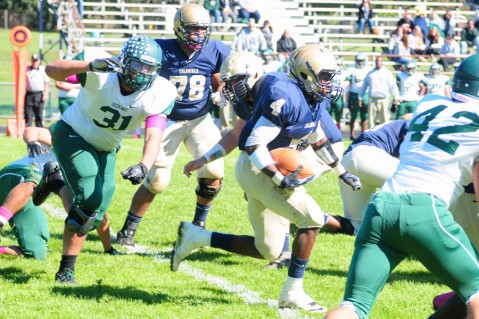 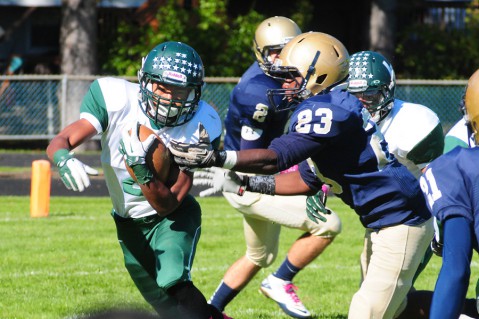 Donte Gibson (2) avoids a tackle for a good gain on a punt return.

to the Freehold 31 yard line.  Williams later had the honor of scoring here crashing through from 4 yards out.  Mota added the point after to close the gap to 14 -10.
The Wave defensive unit also came alive in the second half.  Sophomore defensive back Dahmiere Willis demonstrated how he won a spot on the elite Wave secondary corps when he snatched his third interception of the season, this one in Brancher territory on the following Freehold series.
Willis took a high impact helmet to the gut on the run back.  Somehow Willis survived the on field explosion and maintained his footing to ramble another 12 yards to the Freehold 25-yard line.
Long Branch would go to the air for their next score. QB Avry Griffin found wide receiver Myeson Pennington running a slant into the heart of the Freehold secondary. Pennington made the catch in traffic and fell over the goal line to complete the 20 yard scoring play and give the Wave the lead for the first time at 17- 14.
Defensive end Hunter Baillie created the next Long Branch opportunity when he knifed through and hit running back Dante Brown before the handoff was completed. Baillie also recovered the resulting fumble at the Colonial 30-yard line.
Three defender punishing runs by Joscil Jackson followed the fumble recovery and advanced the pigskin to the Freehold five-yard line.  Here QB Avry Griffin called his own number and bootlegged it over for a 24-14 advantage.
Linebacker Joscil Jackson closed out the scoring to a 30-14 final when he intercepted QB Brad Jones and returned the ball 33 yards to the end zone untouched.
Long Branch hosts rival Ocean Friday evening.  At this writing the game is set for an early 6:00 PM start — doní’ be late for this one.