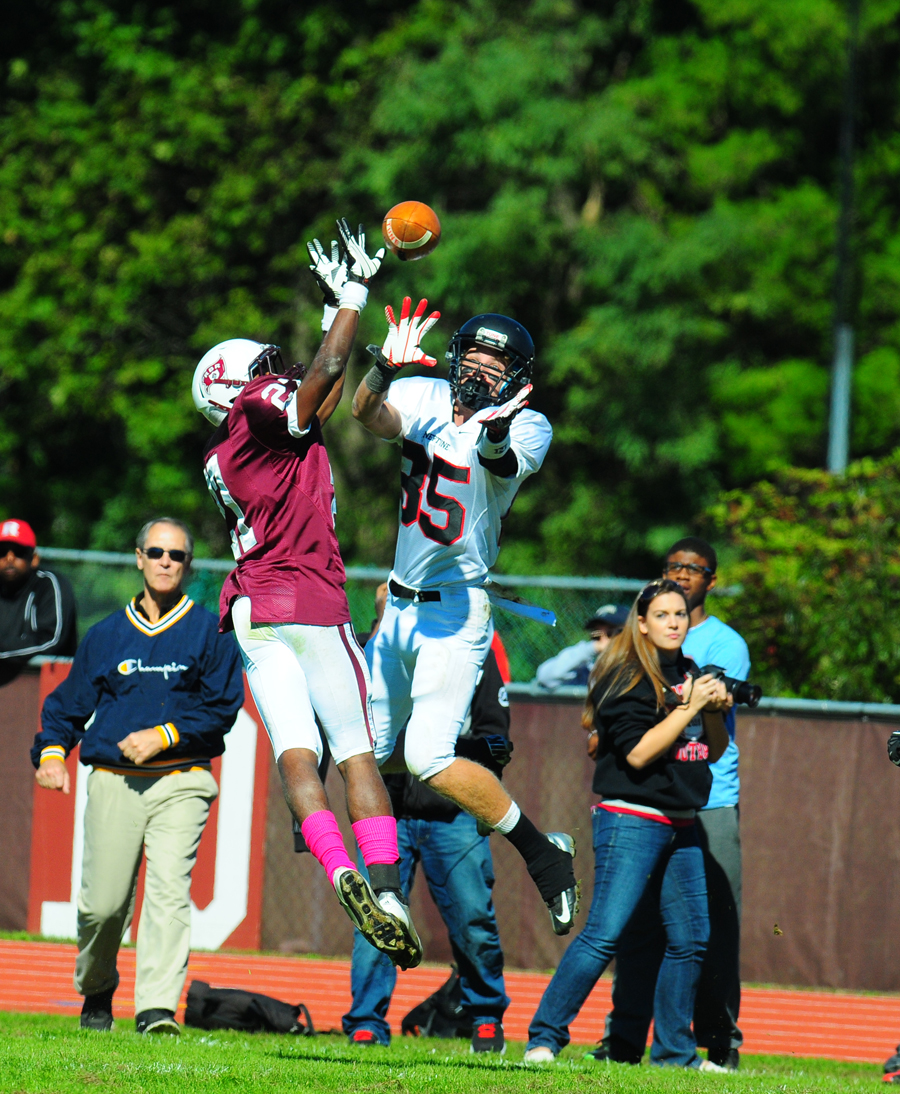 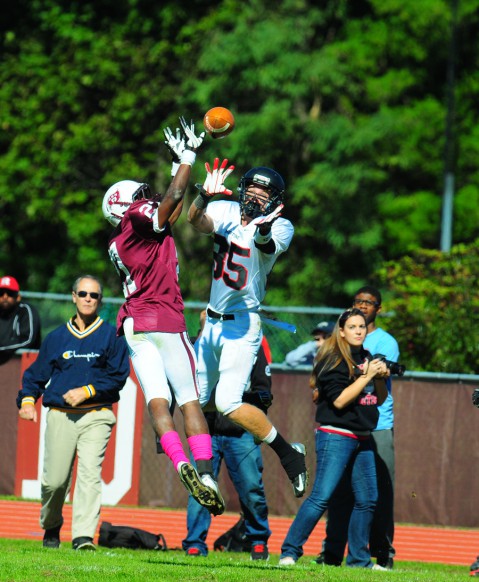 Red Bank Regional senior running back William Noglows (16) secures the ball as he runs for yards in the 21-19 win over Neptune on Saturday afternoon. 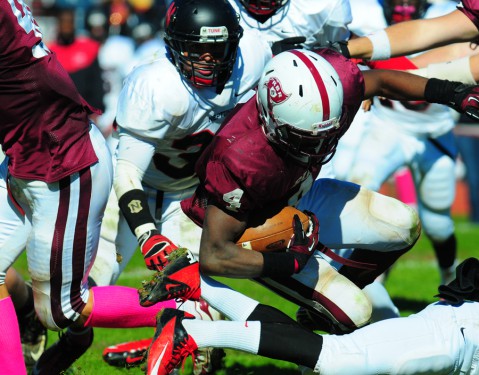 Jahimere Hinton (4) a senior running back at Red Bank Regional dives forward for extra yards in the 21-19 win over Neptune.

By Jim Hintelmann
LITTLE SILVER — When Red Bank Regional running back Tajhi Tomaino raced around left end and took off on a 73-yard touchdown run on the the third play of Saturday’s B North North football game between Red Bank Regional and Neptune, it was the first sign that  something special was about to happen for the previously winless Bucs. 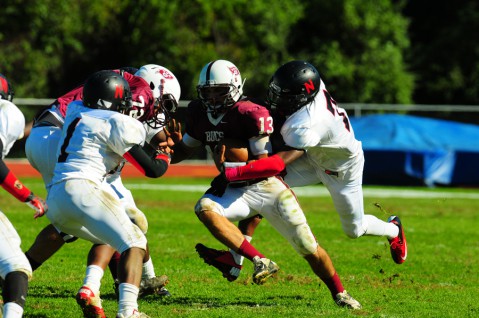 Walter O’Neill LINKsports: Running with a Neptune High School defender on his back is Ross Gisondi (13) a senior at Red Bank Regional. Gisondi had 57 rushing yards in the 21-19 win over Neptune

The touchdown was the spark that got the Bucs on their way to a stunning 21-19 upset over the Scaret Fliers, the pre-season favorite to win the division title, and it was one of the most significant wins in recent history for the Bucs.
“We wanted to limit their offense and keep them off the field,” said Buc coach Nick Giglio. “We executed the game plan well.We gave them multiple looks and our special teams were going to be a factor
The Buc defense forced five Neptune turnovers and came through with its best effort in the final quarter after Neptune, trailing 21-19, moved the ball to the Buc 12 with five minutes left. But Red Bank defensive end Garret Sickels intercepted a deflected pass at the 10 to end the threat, and Neptune never got closer than the Buc 40 thereafter. It was his first interception of the season.
“I was in the right spot,” said Sickels, a 6-5 senior who has made a verbal committment to attend Penn State next year. “We had a great week of practice and we wanted to maintain discipline. It was about time and we got what we were looking for.”
Following Tomaino’s touchdown (his first of two) Neptune answered with a 75-yard drive in 14 plays with Myles Martin scoring on an 8-yard run, The point after went wide, though, and that proved costly since Red Bank’s Ishier Lawrence kicked three PATs for the Bucs.
Tomaino scored a defensive touchdown in the second quarter by returning a fumble 35 yards  to make it 14-7, and Jahimere Hinton added the third Buc touchdown on an 11- yard run.
Hinton suffered a neck injury late in the game and was taken to Riverview Hospitel as a precaution, but it was not beleived to be serious.