Wave runs all over Wildcats 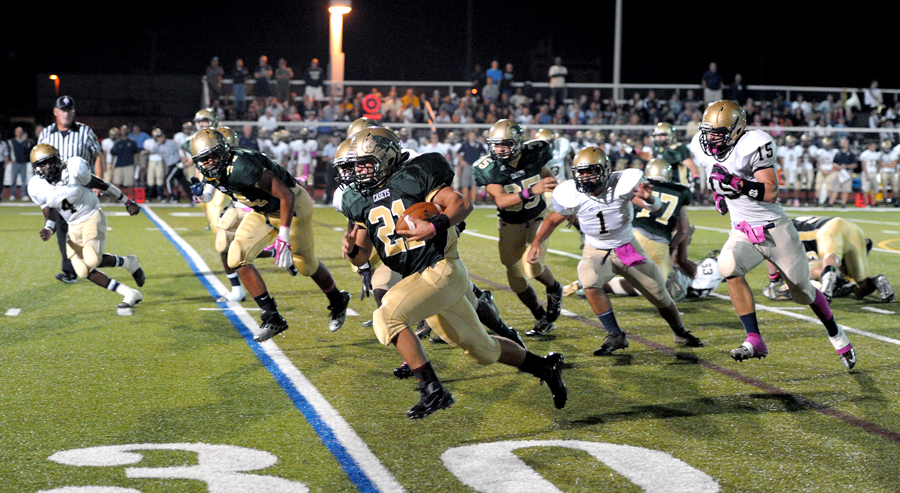 By Jim Hintelmann
Red Bank — Red Bank Catholic football coach Jim Portella admits there is still work to be done, but his unbeaten team (5-0) is still rolling along without missing a beat as the Caseys posted their third shutout this season with a 28-0 thumping of Freehold Boro on Friday. 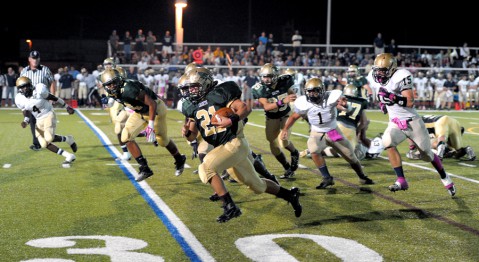 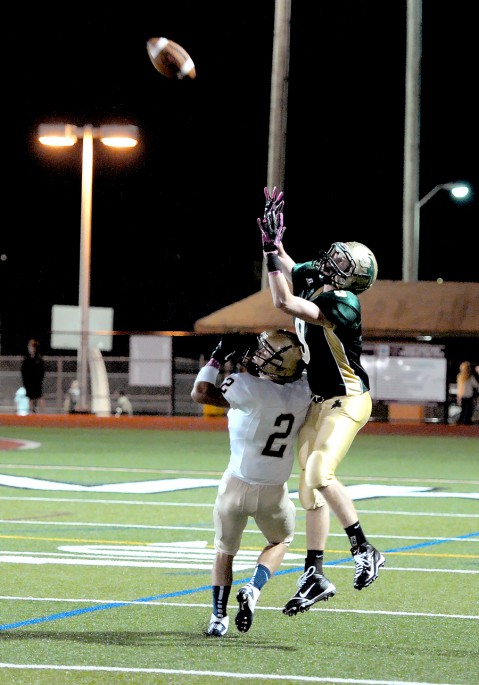 “We didn’t execute everything perfectly,” Portella noted, “but I’m happy with the effort. The offense moved the ball well. We got a special teams touchdown  and  our defense contained them.”
RBC’s defense never permitted Freehold to get  closer than the Casey 19, and that was after recovering an RBC fumble. But the defense held for downs and Freehold never got past the the Caseys’ 35 at any other time.
Leading the way for RBC was junior running back Larry Redaelli who scored two touchdodwns on runs of 36 and two yards while rushing for 110 yards. James Taylor added a 51-yard touchdown on a punt return and Jess Flaherty tallied the other touchdown with a seven-yard run..
“My offensive line helped me out,” said Redaell. “They were doing the hard work opening holes for us. I also got some good blocks from my fullback (Matt Olmo).”
RBC opened the scoring on the final play of the first quarter when Redaelli capped a five-play, 63 yard drive with a 36-yard run. A 28-yard pass from quarterback Pat Toomey to Chris Whitlock set it up.
RBC scored on its next series with another 63-yard drive with Redaelli scoring on a two-yard run. Olmo set up this score with a 35-yard run to the Freehold 14.
The Casey defense held for downs and Taylor took a punt at midfield and returned it down the right sideline for the touchdown. Flaherty closed out the scoring with a seven-yard run to finish off a 56-yard drive.
“Freehold had two weeks to prepare for us,” said Portella. “They were 1-2 coming in, but they could have easily been 3-0. Larry (Redaelli) did a good job for us but we have two other good runners in Flaherty and Mike Cordova.”
RBC, which has won 18 straight against Shore Conference competition, is back in action Friday when it travels to Holmdel,