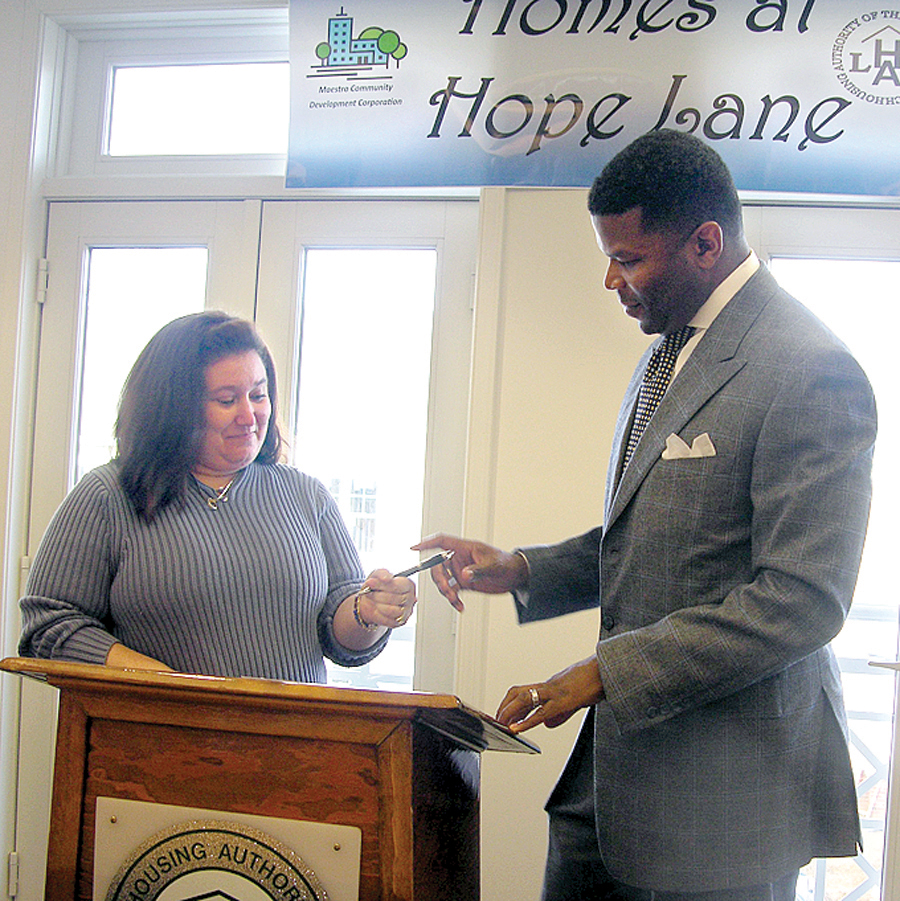 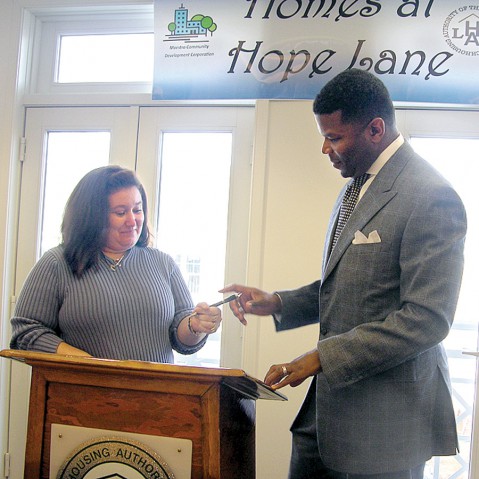 By Neil Schulman
Long Branch — As a continuation of their Hope VI project, the Long Branch Housing Authority is now offering eight townhouses for sale at under $169,000. 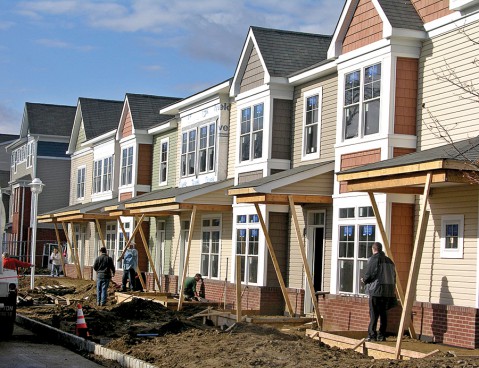 On Tuesday morning, Housing Authority Executive Director Tyrone Garrett looked on as Deborah Rodriguez became the first person to sign a contract of sale for Homes at Hope Lane.
Each of the homes comes with its own garage and private backyard. All are three bedroom, with at least 1 1/2 bathrooms, laundry rooms, and luxury kitchen.
“You can’t tell the difference between these units and units that are built on the oceanfront,” Garrett said.
At a press conference in the Housing Authority officers, overlooking some of the new townhomes, Garrett said that this latest phase of the project, and all the work that has gone on in previous phases, required help from many people at the Authority, as well the Authority’s subsidiary Maestro Community Development, Penrose Properties, and the City of Long Branch.
For the last ten years, the Housing Authority has embraced several key concepts, Garrett said.
“We refused to settle for yesterday’s content,” he said. “We refused to sit and wait for new opportunities.”
As a result, it went out and began looking for ways to improve what was there. One of those was using the federal Hope VI project, designed to revitalize housing.
The first phase of Hope VI in Long Branch was rebuilding and modernizing Seaview Manor.
Timothy Henkel, Senior Vice President of Penrose Properties, said that came about as part of the remediation efforts to clean up the ground from contamination left by an old gasification plant. When his firm got the RFQ (Request for Quotations), he had to go to the internet to look up what coal tar was, and why it would be an issue in this project.
Since then, they’ve built 238 units of rental housing, and capped it off with these eight homes for sale.
“It’s the old adage that crisis is part opportunity,” Henkel said.
Jacob Fisher, Development Officer for Penrose, said that he expects these to sell very quickly.
“This is a product that is absolutely competitive with anything new that is coming on the market,” he said. “We don’t always get to say that we’re developing within a mile of the beach.”
Garrett said that the Long Branch Housing Authority does not merely do affordable housing, but serves a “mixed income” community.
“You can’t tell the difference between units; the quality is the same,” he said.
Two other Long Branch Housing Authority projects are proceeding on schedule, he said. Two phases of Woodrow Wilson Homes are expected to be finished by October 2013. The first part of converting the former Gregory School into senior housing should also be finished by then.
For information on Homes at Hope Lane, contact Thomas Lorber of the Woodward Realty Group, 732-671-0100, or email Teamlorber@aol.com.