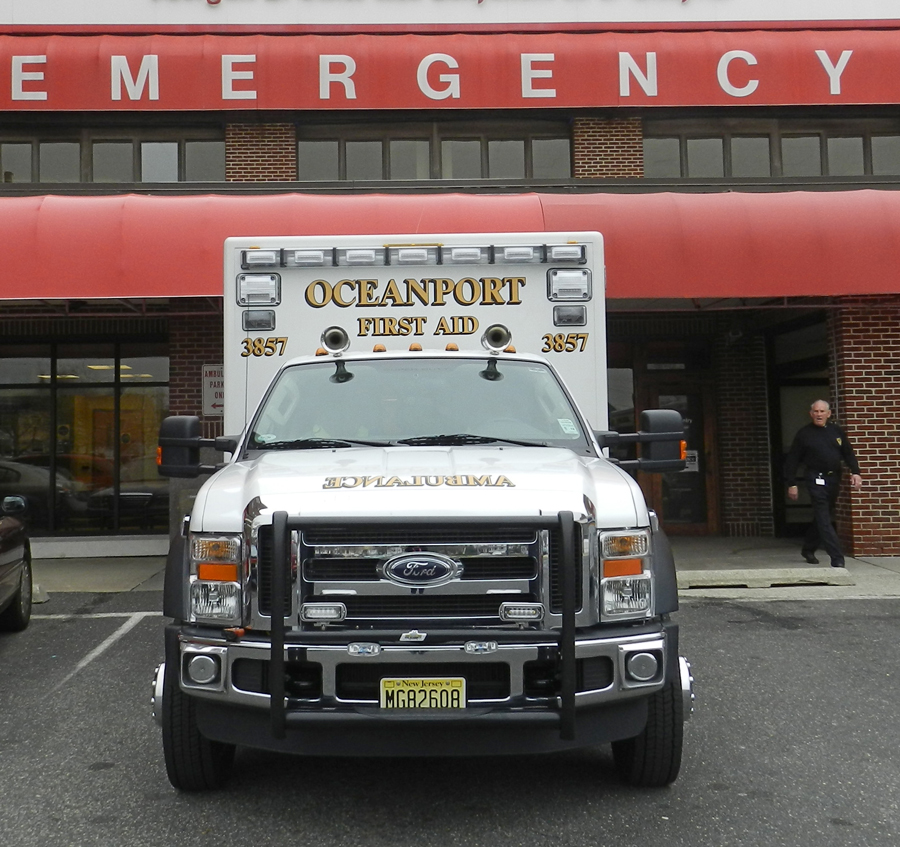 An incident occurred in Oceanport on Tuesday that ended up with two police officers being transported to Monmouth Medical Center. Officers from West Long Branch were asked to cover the Borough of Oceanport in case of an emergency.

Oceanport Police stopped an individual in front in of the main gate to Monmouth Race Track. The person stopped did became very agitated and police ended up using pepper spray. In the process an Oceanport Police Officer and the person was hit with the spray. Both were taken to Monmouth Medical Center. 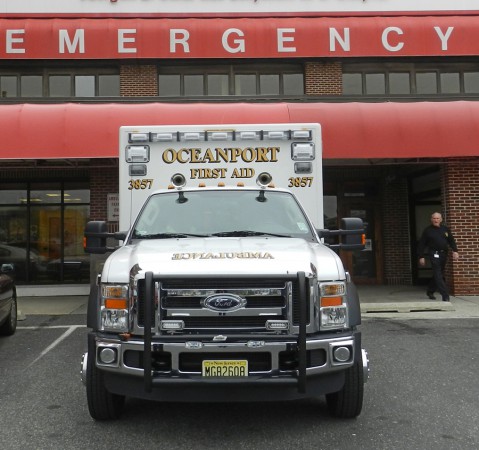 An Oceanport ambulance arrives at MMC transporting a OP police officer who had been doused with pepper spray.

Said one observer when asked how an officer got sprayed, “Well they either sprayed each other or sprayed into the wind.”