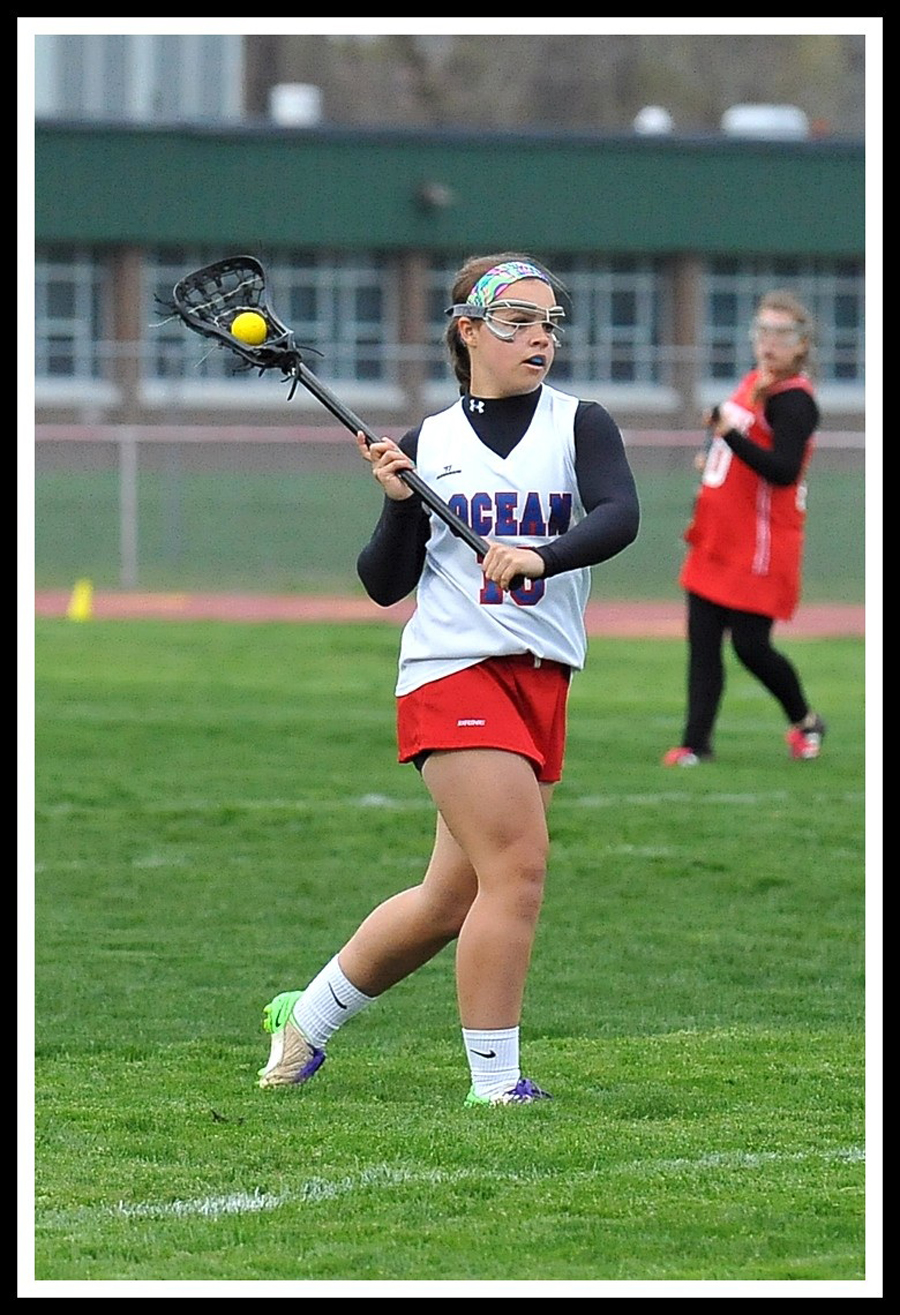 By Walter J. O’Neill, Jr.
The Spartans of Ocean Township improved to 9-2 last week with a huge 17-1 win over the Scarlet Fliers of Neptune in a girl’s lacrosse game. 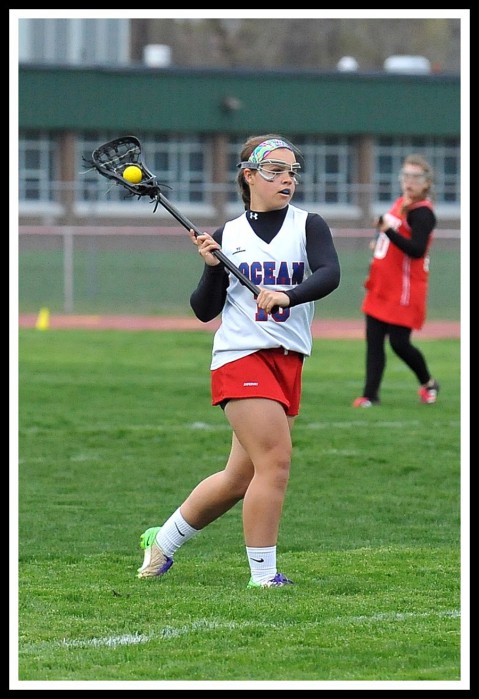 Ocean hosted Neptune in the nondivisional game in which the Spartans scored 11 unanswered first half goals. During the second half Ocean added six and allowed the Scarlet Fliers one. The Spartans play in the Shore Conference B North division while Neptune is in the Class A North.

Leading the Spartans were Jenna Gilman and Liz O’Grady with four goals each. McKayla Conti, Gabby Hagerman, Marissa Hazel each had two goals and Bailey Falco and Amanda Roskey each had a single goal in the overwhelming Ocean victory.

Several players also assisted on goals during the win over Neptune. Conti had two, Gilman, Nicole Jenks and Sara Parigian each had an assist. In the goal for Ocean was Bailey Herr who had three saves.

Andrea Schweitzer is in her rookie season as the head coach of the Spartans. She took over a program that finished 8-9 last season. It appears that the 2013 Spartans are a much improved squad as they have only two losses this season.

Neptune on the other hand is currently 2-8 overall. They are coached by Heather Kruger, who is in her seventh season. Last year the Scarlet Fliers finished 6-10. 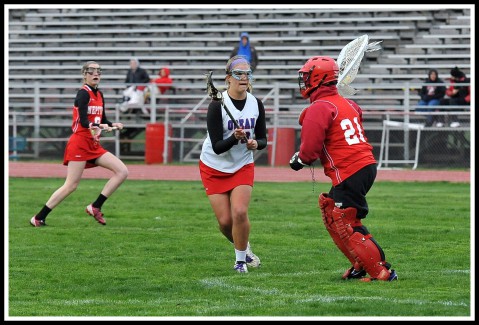 Ocean Township senior Jenna Gilman scored four goals and had one assist in the 17-1 victory over the Scarlet Fliers. 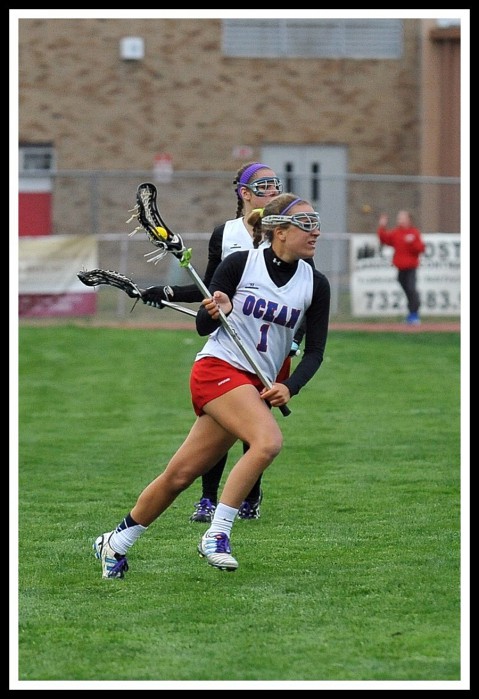 Racing toward the Neptune goal is Gabby Hagerman (1) who scored two goals last week when her Spartans beat Neptune. 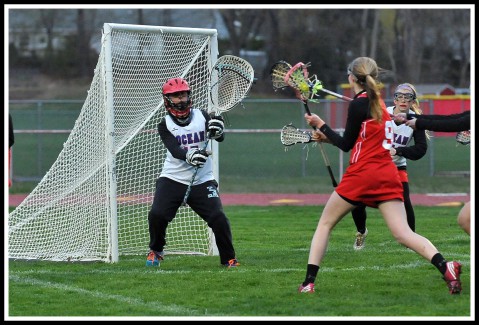 In the goal for Ocean during the 17-1 victory over Neptune was Bailey Herr, who made three saves.