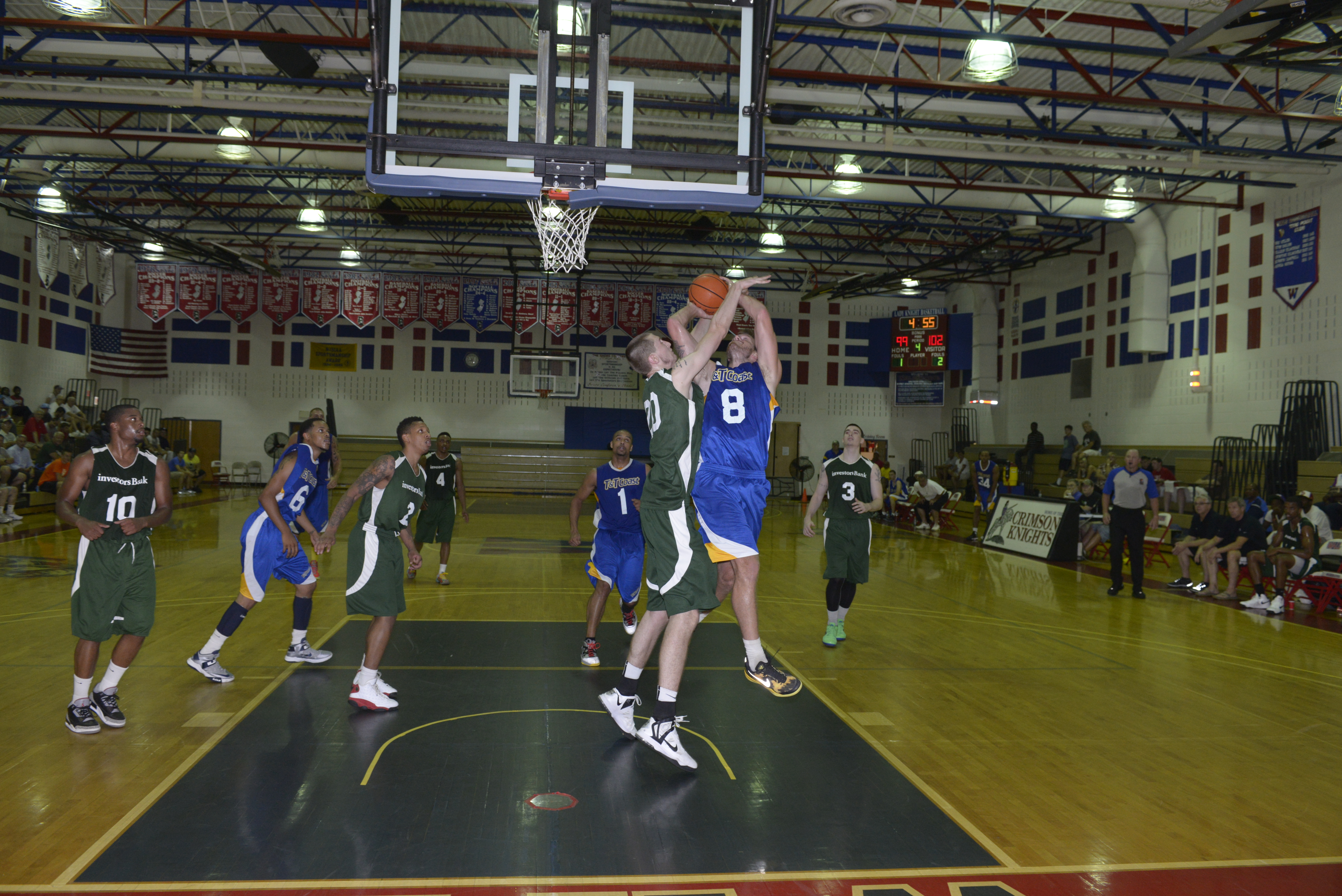 For decades the Jersey Shore Basketball League has been playing hoops along the shore. From outside courts at the Headliner to St. Rose High School and currently to gym at Wall Township High School. It has featured professional players from the NBA, top Division I players and professionals who are playing overseas.

The league has seen its ups and downs, and over the last two years has been reinvigorated with new players from Rutgers University and a few NBA players making a few games to keep in shape. Long time league members Larson Ford, Sterns Trailers, Seaview Jeep and T&T Coast, are joined this year by GSS Industries, Investors Bank, N.J. Tarheels and Team Shore.

Last week in one of the most exciting games of the summer T&T Coast beat Investors Bank 117-111. “All I can say is that they are a much better team than their record indicates,” said Clarence Thompson, head coach of T&T Coast, which won the JSBL Title two years ago.

During the first quarter both teams scored 32 points, it was an offensive explosion. For T&T Coast it was three main players that lead the team. Jason Westrol, 25, who is a graduate of Manasquan High School and Bentley University and now, has four years of professional experience overseas, Chad Timberlake from FDU, and R.J. Rudowitz from Stonehill. Those three players scored a combined 80 of the 117 T&T Coast points in the victory.

Westrol had key in the victory as he was instrumental in scoring seven of the last eight points for his team. Thompson knew that Investors Bank had some talented players from Rutgers on its roster and asked that Westrol take turns covering Myles Mack and Jerome Seagears, both guards.

“Both are obviously very talented,” said Westrol. Down the end of the game he was on Seagears. “I knew who he was and I just wanted to try and do a good jog trying to shut him down as much as possible.”

Mack finished with 10 points for Investors Bank and Seagears scored 27 leading his team. With the loss Investors drops to 2-4 overall and T&T Coast improved to 5-1. 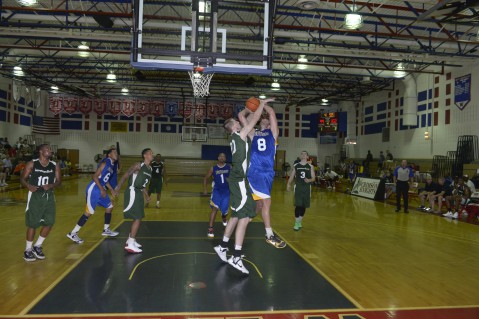