(FREEHOLD) The cousin of a Long Branch woman and her foster daughter found earlier this month in their Lippincott Avenue apartment is charged with their strangulation murder, and is also facing child pornography charges in connection with his 10-year-old victim, announced Acting Monmouth County Prosecutor Christopher J. Gramiccioni. 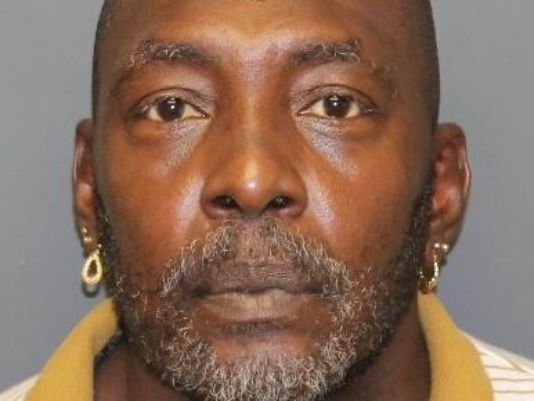 Farmer is being held in the Monmouth County Correctional Institution, Freehold Township, on $2.5 million cash-only bail, as set by Monmouth County Superior Court Judge Francis J. Vernoia, J.S.C.
A joint investigation by the Monmouth County Prosecutor’s Office and Long Branch Police Department was launched after Colbert and Roach were found in their first floor apartment at 61 Lippincott Ave. on August 1, 2014. Long Branch police responded to the home around 5:22 p.m. following a report of suspicious circumstances at the address.

A 13-day investigation revealed Farmer was at the home on July 30, where he was discovered by Colbert taking pornographic photographs of the 10-year-old girl. A confrontation ensued ending with Farmer killing Colbert and the girl. Farmer then fled the scene of his crimes.

Detectives discovered pornographic pictures of the 10-year-old victim on Farmer’s cellular phone prompting the child endangerment charges. Farmer is accused of causing the girl to engage in a prohibited sexual act while simultaneously photographing the girl; photographing the girl while engaged in a prohibited sexual act; engaging in sexual conduct with the child; and possession of child pornography.

An autopsy was performed by Middlesex County Assistant Medical Examiner Dr. Diane Karluk ruled both deaths were the result of a homicide, and that both victims died as the result of strangulation.
Anyone with additional information about this case is urged to call Detective Richard Chapman, of the Monmouth County Prosecutor’s Office at 732-577-8700, or Detective Ross Zotti, of the Long Branch Police Department at 732-222-1000.

If convicted of both charges of first degree Murder, Farmer faces a New Jersey state prison sentence of Life without the possibility of parole.