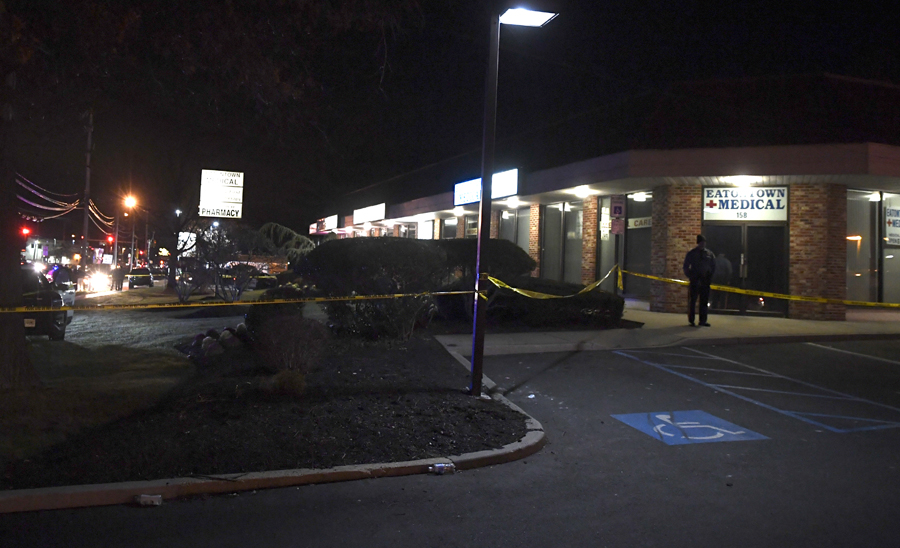 AllTown Pharmacy in Eatontown where gunfire was exchanged between police and armed robbery suspect Aaron Riley.

New York – Detectives from the New York City Police Department contacted detectives at the Monmouth County Prosecutor’s Office to inform them that they had a 31-year-old Eatontown resident at one of their hospitals suffering from a gunshot wound. 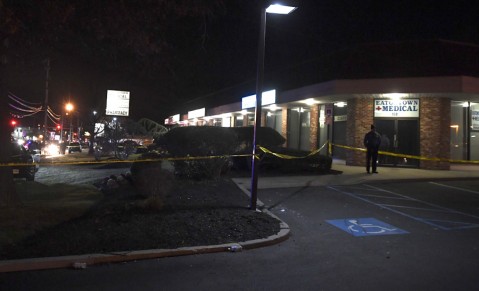 AllTown Pharmacy in Eatontown where gunfire was exchanged between police and armed robbery suspect Aaron Riley.

Aaron Riley is the man who allegedly committed the armed robbery of the AllTown Pharmacy on Wyckoff Road around 6:45 p.m. on December 20, 2016.

Eatontown Police responded to the armed robbery call. Riley was reported to be demanding money and when the police arrived he ran out the backdoor of the pharmacy. Once outside he opened fire on the police officer who returned fire.

A foot pursuit then occurred and police believe that Riley had a getaway car parked in the lot of Michaels Arts & Craft which is located at 178 Highway 35, which is in back of the pharmacy.

The car, a 2007 Nissan Altima, was eventually located in the parking lot of Stony Hill Apartments. Police say the vehicle had damage from the gun fight.

Riley was charged with two counts of attempted murder and one count each of armed robbery, certain persons not to have a weapon and possession of a weapon for an unlawful purpose. His bail was set at $1.45 million and is in the custody of the NYPD.