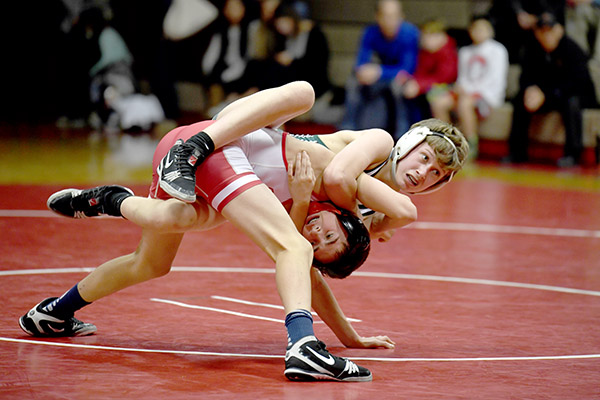 They are neighbors and they are rivals. Last week the undefeated and unranked Ocean Township High School wrestling team hosted the number 10 ranked Green wave of Long Branch in a Shore Conference Class B North match.

It proved at the start to be as exciting as the fans had hoped. The first seven matches went back and forth, then the Wave won five of the last seven bouts and took the match 31-18.

Currently the Spartans are 6-2 overall as they then lost 42-19 to Middletown North. In the B-North they are 4-2.

Long Branch is currently 7-1 overall, they lost 48-19 to Middletown North. In the division they 3-1.