NJ NAACP President: We must do better as a nation 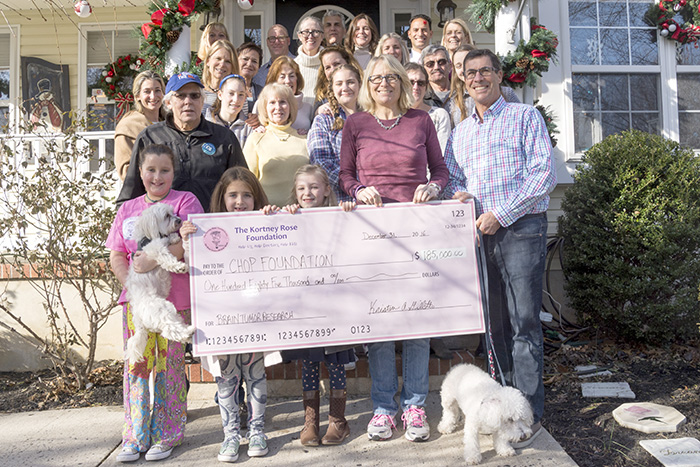 Some of the supporters, volunteers and sponsors of the Kortney Rose Foundation, which has been donating to pediatric cancer research for 10 years, present its latest check for $185,000. 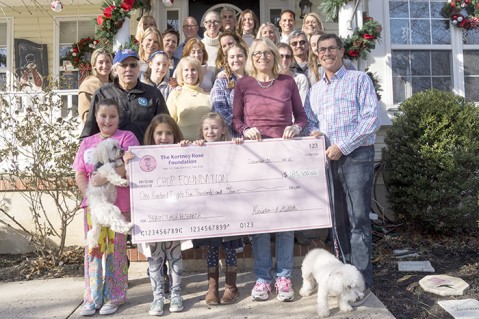 Some of the supporters, volunteers and sponsors of the Kortney Rose Foundation, which has been donating to pediatric cancer research for 10 years, present its latest check for $185,000.

CHOP greatly expanded progress in brain tumor research this past year with the formation of the Center for Data Driven Discovery in Biomedicine, under which it pioneered the world’s first and largest pediatric cancer data cloud called CAVATICA, and houses the Children’s Brain Tumor Tissue Consortium (CBTTC).

KRF was an original funding partner of the CBTTC, which is now the largest source of brain tumor specimens in the world for use in multi-institutional collaborative trials.

The White House recognized CHOP’s use of collaborative science and data sharing by including it as a partner in its Cancer Moonshot Initiative.

“We thank the Kortney Rose Foundation for its decade-long support,” said Dr. Angela J. Waanders, MD, MPH, and Director of CBTTC. “The foundation shares our vision and is a true partner in the research efforts to find cures for all brain tumors and specifically the most devastating type of pediatric cancer, Diffuse Intrinsic Pontine Gliomas (DIPG) and high-grade gliomas.”
KRF was the first foundation to make a multi-year commitment to a collaborative multi-consortium research project between, the Pacific Pediatric Neuro-Oncology Consortium (PNOC) and the CBTTC. This study will concentrate on DIPG, which lacks any effective form of treatment and always results in death. This multi-consortia effort draws upon expertise from nearly 30 institutions making it the largest research project ever done on this type of tumor from which Kortney died.

KRF set new profit records in 2016 at its signature events. “Great Food for A Great Cause,” hosted by Turning Point Restaurants, raised $57,000.

“Kortney’s Challenge,” hosted by Monmouth Park, raised over $70,000. Increased attendance and a doubling in the number of teams participating and raising additional funds for Kortney’s Challenge contributed to the foundation’s most successful race to date.

KRF has also successfully connected kids with the charity through it “Kortney’s Cash for the Cure” collections at 27 area schools.

The foundation also expanded it advocacy efforts in 2016 by supporting the “Go Gold in September” campaign for Childhood Cancer Awareness month and their own “Go Gray in May” initiative for Brain Tumor Awareness month.

Gillette also helped lobby for the increase in the National Institute of Health’s research funding that was passed in late 2016 through the Twentieth Century Cures Act. She was a keynote speaker in May at the Second Annual Children’s Brain Tumor Tissue Consortium Investigator Meeting in New Orleans.

Mark your calendars for this year’s “Great Food for a Great Cause” fundraiser taking place at all Turning Point Restaurant locations on February 25 and 26 and the 12th annual Kortney’s Challenge 2 Mile Fun Run/Walk at Monmouth Park on Sunday, August 6.

Kortney Rose Gillette was a vivacious nine-year old girl with a winning smile and unparalleled zest for life. She loved playing with friends and animals (stuffed or real) and enjoyed school at Wolf Hill Elementary School in Oceanport. This didn’t change even after her diagnosis of a terminal brainstem glioma. On April 27, 2006, four months after her diagnosis, Kortney lost her brave battle with this pediatric brain cancer.

The Kortney Rose Foundation is a 501(c)(3) charity created by Kortney’s parents, after her death to create her legacy of helping other children through the promise of research.