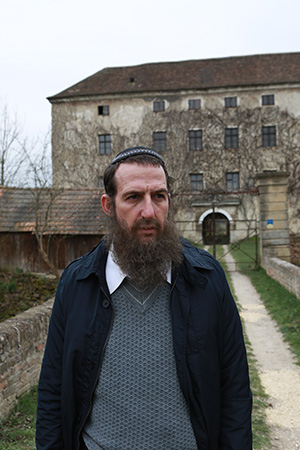 Ori Pfeffer, star of The Testament

Ori Pfeffer, star of The Testament

Under the leadership of film enthusiast Toby Shylit Mack, the festival presents a dozen international films that celebrate the Jewish experience, most of which have received awards at major film festivals around the world. In partnership with The Jewish Heritage Museum of Monmouth County, the week-long festival is will be presented from July 12 to July 18, 2018. Admission is $10 per film, and $40 for the series of five films.

This program is made possible with support from The Jewish Federation in the Heart of New Jersey.

The films that will be shown begin on Thursday, July 12, 2018 at 7 PM with The Wedding Plan. Exhausted by single life at 32, spirited bride-to-be Michal (Noa Kooler) is eager for the comfort and companionship of marriage. Then, her fiancé dumps her one month before their wedding. Devastated but undeterred, she decides to keep her wedding date, leaving it to fate to provide a suitable groom.

Next, on Sunday, July 15, 2018 at 2 PM will be The Testament. Yoel, a senior Holocaust researcher, is in the midst of a legal battle with powerful forces in Austria, concerning a brutal massacre of Jews that took place toward the end of WWII in the village of Lensdorf.

​While investigating the incident Yoel examines classified testimonies of Holocaust survivors, and to his shock and surprise, he finds a testimony given by his mother, a testimony he didn’t know existed. As a historian with an unshakeable commitment to the truth, he decides to continue his investigations even at the cost of ruining his personal and professional life.

The following film, on Monday, July 16, 2018 at 7 PM will be The Cakemaker. Tomas, a young and talented German baker, is having an affair with Oren, an Israeli married man who dies in a car crash. Thomas travels to Jerusalem seeking answers. Keeping his secret for himself, he starts working for Anat, his lover’s widow, who owns a small café. Although not fully kosher and despised by the religious, his delicious cakes turn the place into a city attraction. Finding himself involved in Anat’s life in a way far beyond his anticipation, Thomas will stretch his lie to a point of no return.

The fourth film, on Tuesday, July 17, 2018 at 7 PM will be Ben Gurion, Epilogue. In the great depths of the archive, six hours of interview footage was discovered of one of modern history’s greatest leaders- David Ben-Gurion. It is 1968 and he is 82 years old, five years before his death. He lives in his secluded home in the desert, removed from all political discourse, which allows him a hindsight perspective on the Zionist enterprise. Ben-Gurion’s introspective soul searching is the focus of this film, and his clear voice provides a surprising vision for today’s crucial decisions and the future of Israel.

The final film, on Wednesday, July 18, 2018 at 2 PM will be Israeli Love Story. Based on the true story of theatre director and actress Prima Gary, an Israeli Love Story tells a passionate story of love and independence. Set in pre-state Palestine Eli (Aviv Alush from The Women’s Balcony) and Margalit (Adi Beilski) are torn between their love for one another and where they see their own futures in the Jewish state. In the budding theatre world of Tel Aviv and the kibbutzim, Margalit finds her place in the spotlight. Eli, while planning to marry Margalit, is drawn deeper into the armed struggle for Jewish independence from the British.

For more information or to make a paid reservation (non-refundable), call the Museum at 732-252-6990, or visit www.jhmomc.org. The Jewish Heritage Museum is located in the Mounts Corner Shopping Center, at 310 Mounts Corner Drive Freehold, NJ, at the corner of Route 537 and Wemrock Road (between the CentraState Medical Center and Freehold Raceway Mall). It is on the second floor of the historic Levi Solomon Barn. The JHMOMC is a tax-exempt organization under Section 501 (c)(3) of the Internal Revenue Code. The Museum is handicapped and assistive listening accessible.