Long Branch football starts 2021 with a win over SJV 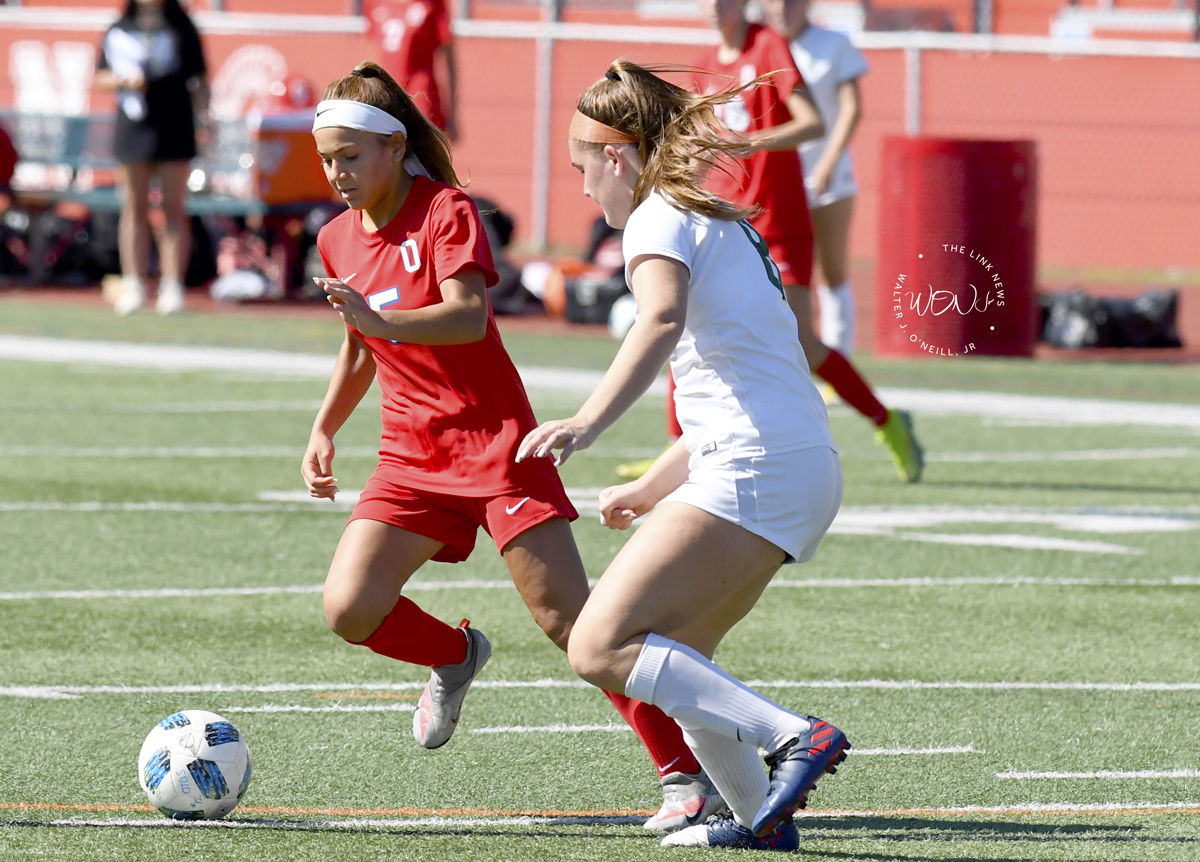 September 11, 2021
By Walter J. O’Neill, Jr.
On a beautiful but somber Saturday morning, the Ocean Township girls soccer team hosted the Cougars of Colts Neck. Before the game started a moment of silence was observed in remembrance of those who perished 20 years ago on 9/11.

The Spartans play in the very tough A Central division of the Shore Conference. Their divisional opponents include Rumson Fair-Haven, Shore Regional, Raritan, Monmouth Regional and Red Bank Catholic. The Caseys of RBC are ranked third in the Shore and the Bulldogs of RFH are sixth.

Colts Neck is currently ranked ninth in the Shore Conference and during the first half put tremendous pressure on the Spartans. Juliet Nies, a junior goalkeeper, was tested as the Cougars fired several shots at her.  On several of those shots Nies was fully extended in the air making saves.

Colts Neck took a 2-0 lead in the first half and added one additional goal in the second half. They beat the Spartans 3-1 and improved to 1-0-1 on the season.

Ocean had a second half goal scored by Julia DeGorge, junior forward, off an assist from Kaia Abbatiello, a freshman forward. Nies finished the game with five saves.

Cassie Della Pesca is the head coach and is assisted by Samantha Amey, Gregg Kryzanowski and Taylor Rudd.