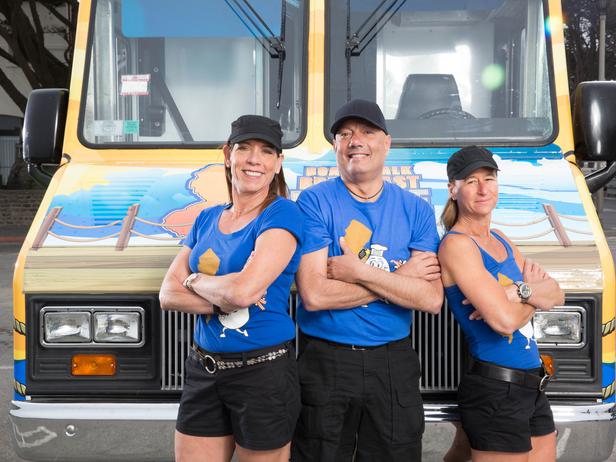 Joanne Garelli of Sea Bright (right) and Ilene Winters of Long Branch along with Timothy Boulous will be Team Boardwalk Breakfast Empire on "The Great Food Truch Race" season 4. Photo courtesy of the Dood Network 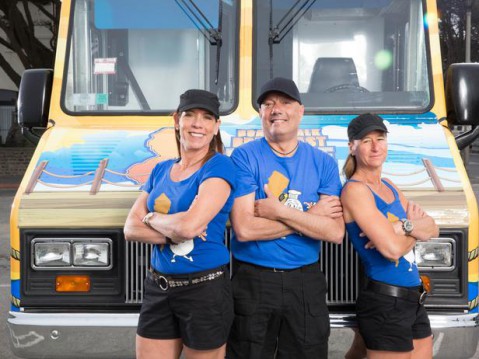 Joanne Garelli of Sea Bright (right) along with Ilene Winters of North Long Branch and Timothy Boulous are Boardwalk Breakfast Empire and will compete in season 4 of “The Great Food Truck Race.” Photo Courtesy of the Food Network

Hollywood – August 18, the Food Network will kick off its fourth season of “The Great Food Truck Race.” The show is hosted by Tyler Florence and will air at 9:00 p.m. and has eight teams consisting of three members who will hit the road on the longest route in the history of the show. These contestants will travel 4,181 miles and the team that cooks up the best food and makes the most money wins the truck and $50,000 cash.

Each episode will test the teams’ resilience in a series of challenges and the team that has made the least in sales will be sent home. This season teams will be from Los Angeles, New York, Philadelphia, St. Louis, and New Jersey.

The New Jersey team is made up of Sea Bright’s Joanne Garelli, who owned and operated Steve’s Breakfast Place with her husband, Steve for decades. They were known for the pork roll, egg and cheese sandwiches since they opened in 1976.

Super Storm Sandy completely wiped out the business when a wave crashed through the borough and washed away nearly everything in town. When the tides went out and the devastation was uncovered and the shock and awe set in, many people were homeless and lost their sources of income.

However, Joanne was contacted by the Food Network in February and asked if she wanted to participate in “The Great Food Truck Race” an offer they couldn’t refuse.

The theme of her truck is Boardwalk Breakfast Empire and she will be assisted by longtime friends Ilene Winters from North Long Branch and Timothy Boulous.