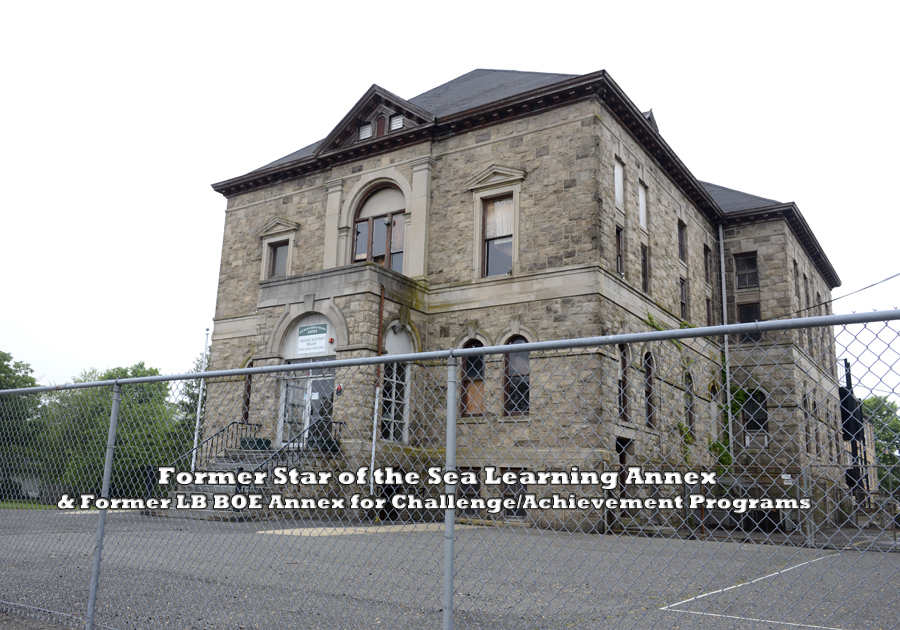 Long Branch – Michael Salvatore, Superintendent of Schools, announced on July 23, that the district had not received any bids on the West End School. That was third the third the old school was put out to bid. The district had also put two other properties out for bid; Church Street School in the North End section of the city and the former Star of the Sea Learning Annex on Chelsey Avenue.

Back in January the BOE stated that they received a bid from the Menachem Learning Institute, also known as the Chabad of the Shore, for just over $3 million. However, over the next few months a dispute erupted between the BOE and Chabad on the appraisal of the property. Salvatore stated at the time the Menachem Learning Institute felt it was valued at much less and wanted to amend their bid, which is not permitted by law. So they withdrew.

The July meeting it was announced that no bids were received for the West End School; this was the third time it was put out to bid. The school closed to students in June, as the new George L. Catrambone Elementary School will open and replace the former Elberon School.

Lucy Perez, president of the board, then told the public that the members needed to go into executive session to discuss matters privately on the matters of real estate and possible action might be taken when they return in 25-30 minutes.

Upon their return Salvatore stated that the board was approached by someone wishing to purchase the former Star of the Sea Annex School, and a price is being worked out that will be in the area of $700,000. The buyer has plans for housing at that location.

Currently, Church Street and West End School are two vacant schools which are still up for sale. The BOE and Salvatore will have to take a look at what strategy they will have for future sales of those properties. The other closed school the district has is the former high school on Westwood Avenue; however the State of New Jersey has just approved funds for the start of renovations to the interior.