Theater Review: Drama offstage and on at ‘Iago’ 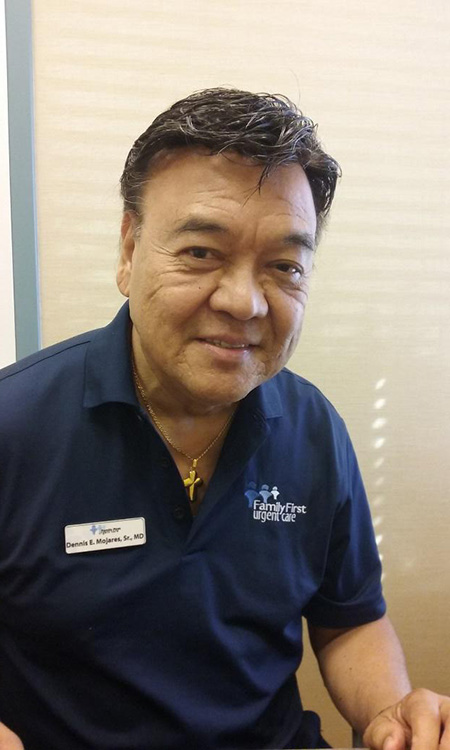 Ocean Township — Picture this: You’re riding on your bike on a beautiful Saturday afternoon, when you turn around for a second to wave to a neighbor. The bike hits the sidewalk, and you feel sharp pain shoot up your arm as you crash hard to the pavement. You don’t know if your arm is sprained or injured, but the doctor’s office is closed, and you will have to wait for hours just to be seen if you go to the emergency room.

Enter the Oakhurst Family First Urgent Care, a walk-in treatment center that has been open to the public since 1981. Originally founded as the Walk-In Medical Treatment Office by Dr. Dennis E. Mojares Sr. in West Long Branch, the facility treats non-life threatening issues such as high blood pressure, fractures, burns, and ear infections, with significantly less waiting time than at most emergency rooms.

“The advantage here is that the time you are here is under 50 minutes, while at the emergency room it could be threeto four hours. Also a person’s co-pay is significantly cheaper than that of an ER and we also offer self-pay,” said Taryn Goscinski, the center’s young Marketing Coordinator.

The man behind it all is Dr. Mojares, who immigrated to the United States from the Philippines in 1964, after serving as a doctor at the University of Santo Tomas in the capital city of Manila. He was trained in general surgery at the Beth Israel Medical Center in Newark, and made history in 1977 as part of a team that performed the first ever kidney transplant in New Jersey.

The main difference between an urgent care and a regular hospital, he says, is that the Urgent Care Center will treat all non-life-threatening issues, but will also determine if the medical concern is severe enough to be sent to the hospital.

“We will determine if it is life-threatening or not, and take the proper actions needed,” he assured.

After spending 29 years at the Treatment Center, Dr. Mojares left the building in West Long Branch in 2010, after his son, Dr. Richard Mojares joined the practice and together decided the facility was too small. The Family First Urgent Care Center opened that same year in their current location of Oakhurst.

Dr. Mojares and his wife have four sons, two of whom are also doctors. His son, Dr. Richard A. Morales, joined him at his practice in 2001. Since 2010, he has served as the owner and medical director of Family First Urgent Care. He currently plans to open a second facility in Toms River this fall and is also in charge of Family First Primary Physicians, a facility for scheduled appointments exclusively for primary care also in Oakhurst.

In 2014, 2015 and 2016, Richard and his brother Dr. Gregg Mojares, an ER physician at Jersey Shore Medical Center who also comes to the urgent care facility part-time, were nominated for Top Doctor in New Jersey Monthly Magazine.