Flame Out – A Walk to Extinguish RSD/CRPS in Ocean Twp. 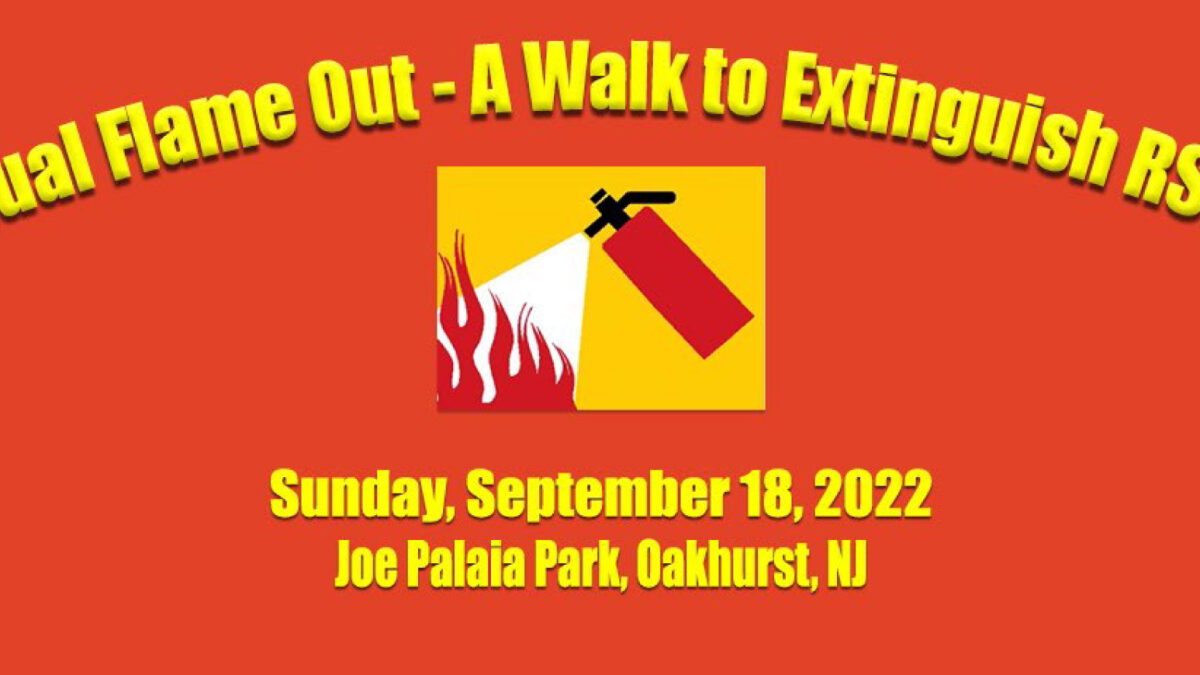 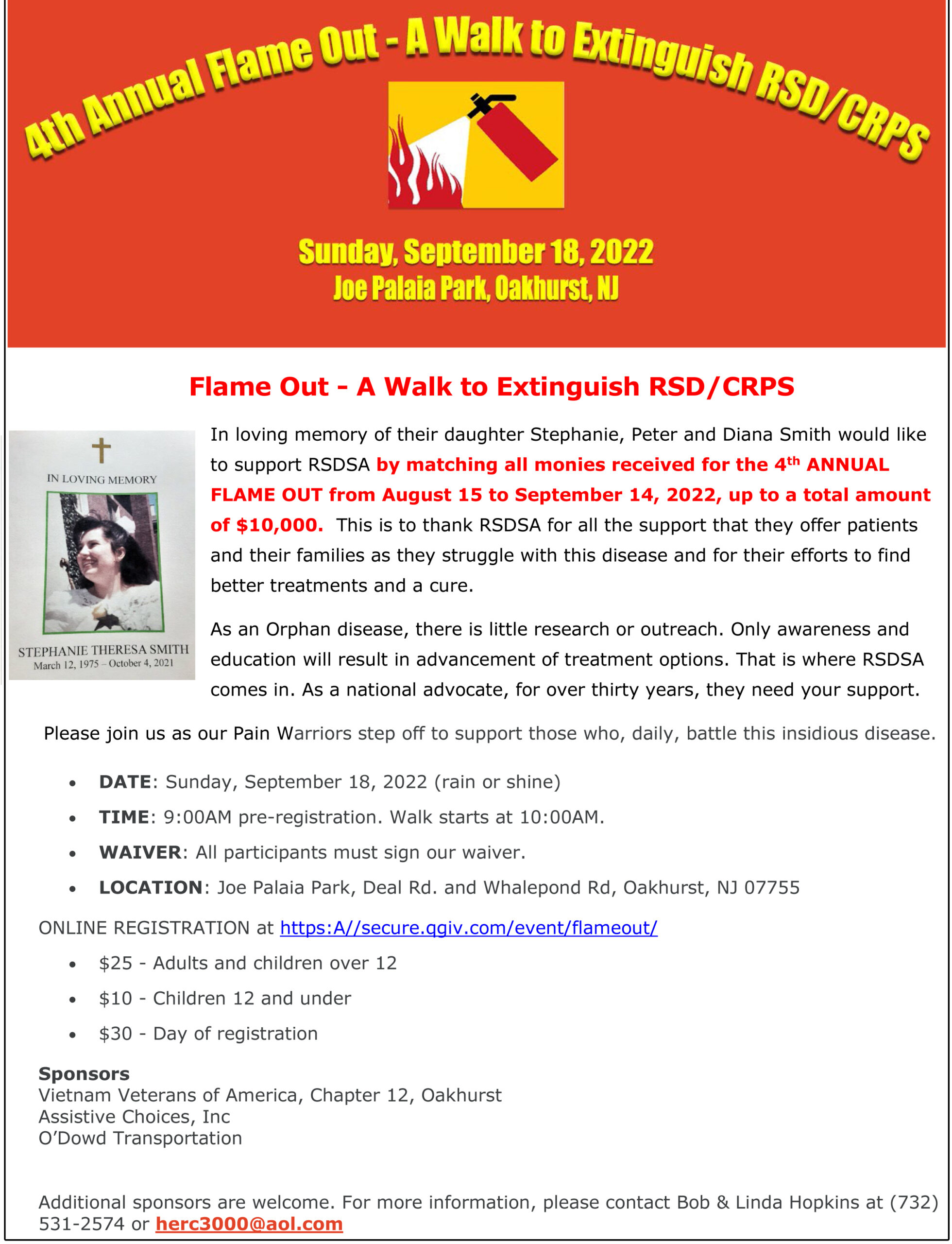 By Judy Hopkins – The walk we’re trying to organize is more than just about fundraising. It is about raising awareness for a disease that is rated highest on the McGill pain index, more severe pain than childbirth and amputation of a digit without anesthesia.

RSD/CRPS is a chronic neurologic pain disorder that is the most highly misdiagnosed disease in the US. The pain is commonly described as being doused in gasoline and lit on fire. For many, including myself, diagnosis comes too late and aggressive treatment even later, that the disease process has spread not only throughout the extremities, but into the organs, causing autonomic dysfunction. This makes treatment options limited and remission even less likely.

I’m one of the lucky ones who has known remission. Thirteen years ago I landed in Germany for what would be my second Ketamine coma. After seven days in a coma, I awoke in complete remission and remained that way for the most amazing four months of my life. It was the first time in nine years that I was able to live my life with no pain, allowing me to ride my bike, play basketball and go dancing. Unfortunately, I found a tumor in my knee, requiring immediate surgery, restarting the disease process that has determined my life for 23 years.

Those four months of remission were the greatest of my life and I know that one day I will live without pain and with a fully functioning body once again, but until then, I go for a week of infusions every four weeks, go in the hospital every six months and take more medication than a 95 year old woman. This is life with RSD, it’s not always pretty and it’s a disease that makes most people feel isolated from society, friends and even family. I’m fortunate enough to have the most amazing support system, but most do not.

This is what is referred to as an invisible disease, most sufferers don’t “look sick” and because of that, are doubted by the ones they should be able to rely on most. Awareness is so important, educating those who know nothing about a debilitating disease that has the highest suicide rate of any chronic illness. I have endured two comas, staff infection, sepsis, 27 operations, years of a bedridden life and more hospitalizations than I could count, and I would never have survived it without my family and friends by my side.

I wouldn’t change a single day that I’ve lived, because it has taught me to treasure the amazing days and not to focus on the tough days. Life is never easy, but for some, suffering becomes a normal part of our day.

We hope that this walk will reach all those in our local area that are suffering in silence and let them know they are not alone and that there are people out there who believe them and want to help them to keep fighting for the life they deserve. Thank you for your time and your consideration.